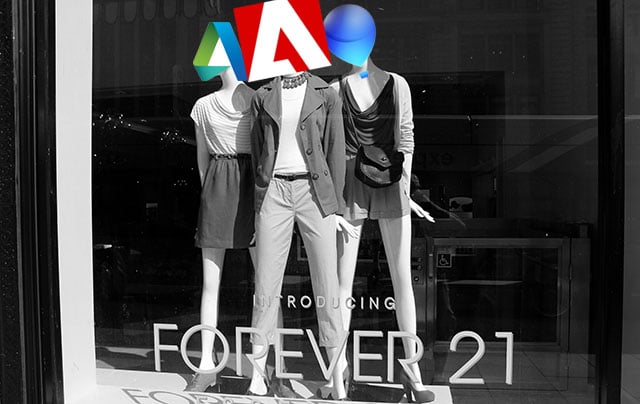 The lawsuit, filed yesterday in California District Court, includes Autodesk and Corel as plaintiffs. According to the document, the three companies accuse the fashion retailer of pirating Photoshop and a host of other software programs, continuing “their infringing activities even after being contacted by Adobe regarding the infringement.”

Aside from Photoshop, Forever 21 is also accused of stealing programs like Autodesk, WinZip, and PaintShopPro.

Adobe reportedly has a copy of serial numbers, version numbers, and dates for every instance of Forever 21 using stolen software. It’s currently unknown which versions of Photoshop are involved in this new lawsuit.

The company shifted to a subscription-based model with its Creative Cloud back in 2013, and Photoshop CC was apparently hacked and pirated just a day after the official announcement. Adobe soon began asking that employees report employers who pirate software, according to The Verge.

Adobe and its two co-plaintiffs are asking the court to put a stop on Forever 21’s activities and to order an undisclosed amount of compensation for damages and legal fees. They claim that Forever 21’s actions caused “repeated and irreparable injury” and that it “would be difficult to ascertain the amount of money” that would provide the software companies with relief.