Looking to secure its life in the world via Kickstarter is a new product called LifePrint: a small, social, app enabled wireless photo printer that is trying to re-introduce the smartphone generation to the magic of holding a print in your hand.

In hopes of bringing back the era of printing your special moments, rather than just viewing them on a screen, LifePrint and its accompanying app allow you to easily print a 3″x4″ photograph from anywhere in the world. So long as the LifePrint is connected to a WiFi network and you have either WiFi or a cellular connection, you’re good to go.

But LifePrint didn’t stop there. The printer also implements a social aspect by allowing you to “follow” and be followed.

What this does is allow your friends and family that you’re networked with to send prints to your LifePrint, regardless of where they are. And in case you’re concerned about your over-sharing mother or father, the LifePrint app will prompt you to accept each print before it goes through with putting ink on paper.

Also included in the app is the ability to edit your photographs before printing. You can add borders, text, and even filters to your photos all within the app before sending it to be printed.

Similar to the Polaroid PoGo printer in both looks and technology, LifePrint comes in at roughly 6.5″ long x 4.5″ wide x 1.5″ thick and utilizes thermal printing technology. The printer will hold 10 prints at a time, with refills costing around $30 for a pack of 20. 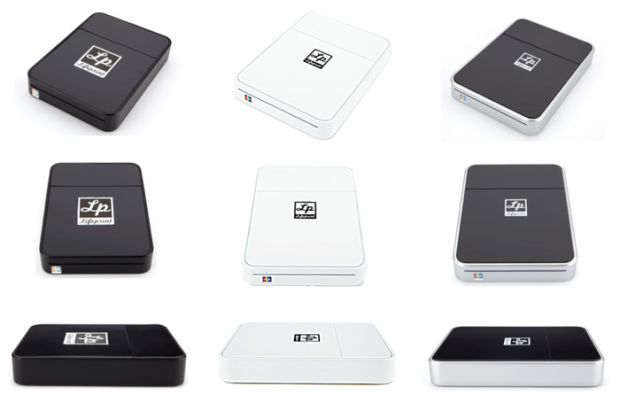 The LifePrint comes in white, black, and chrome/black — the last of those being a Kickstarter exclusive — and the app will be available for both iOS and Android upon release, which should help keep both crowds happy and connected.

If you’d like to get your hands on one of these, you can head on over to their Kickstarter campaign and make a pledge. For $100 you’ll receive one of the first LifePrints to come off the line. From there, increasing your pledge amount will increase both the number of prints, as well as devices. 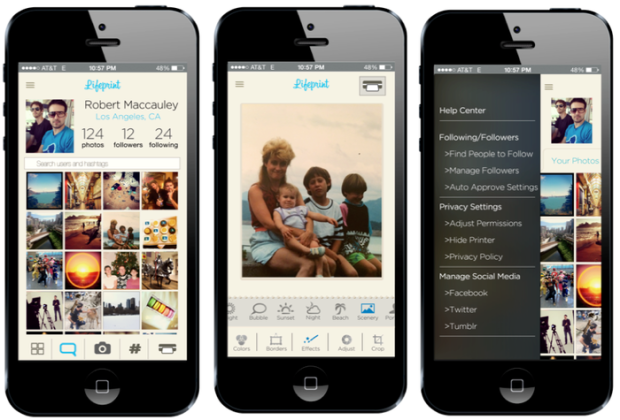 In the meantime, I’m curious to hear your thoughts on such a creation. As a previous owner of a Polaroid PoGo, I can speak from experience that the thermal printing technique yields sub par results. And although the social features and accompanying app is nice, I’m just not sure it’ll garner the attention of the masses. Those are purely my thoughts though, share yours in the comments down below.