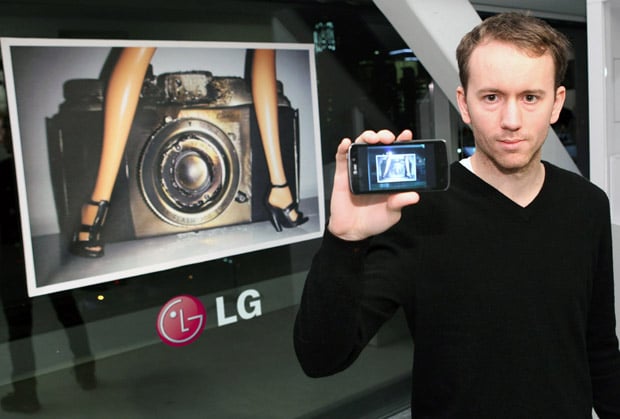 Have intellectual property theft, cratering wages and general unfairness left you feeling a little down on the photography business?

Then here’s a little restorative tonic: A well-known, in-demand shooter refuses a celebrity cover shoot for Vogue just because he doesn’t like the particular celebrity. Who happens to be Kim Kardashian, fiancée of photographer-basher Kanye West and a major cultural annoyance in her own right. Come back to Mama and Daddy, faith in humanity!

Deets come from a super-secret anonymous source harvested by Radar Online, who reports that Tyler Shields passed on the gig, despite heavy lobbying from Vogue editors and Mr. West, not always the best choice for a photographer to get mad. “Tyler is the hardest person to hire for a shoot. You have to know him or it has to make sense to him,” the source told Radar. “He prides himself on shooting only the people he knows or likes.”

The source further explained that Shields is focusing on his art photography, particularly work for a new show at his gallery, and doesn’t need to take some cheesy celebrity modeling gig to stay in the black.

Tutorial: How to Remove Location Info from Your Images in Photoshop

Women Given Photoshop Transformations Say They Prefer Their Before Images