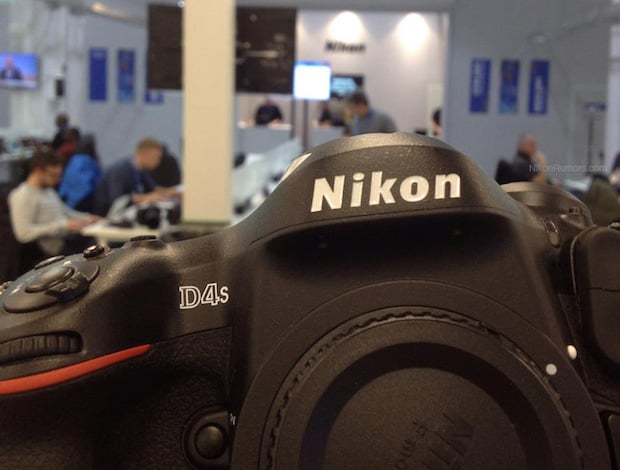 Well, February 11th came and went without so much as a peep about the D4s. It seems that invitation for a special Nikon event didn’t have to do with the new flagship after all.

But have no fear, because earlier today, Adorama accidentally (or at least it seemed accidental) listed the yet-unannounced camera alongside some new specs that, at least according to the well-informed folks at Nikon Rumors, seem wrong…

Check out the listing below: 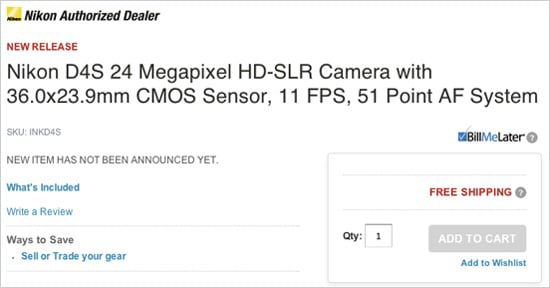 As you can see, Adorama lists the D4s as a 24MP full-frame camera with 11fps continuous shooting capability and a 51-point AF system. The problem here is that all of the information received by NR thus far points to the D4s keeping the same 16 megapixel sensor as its predecessor.

This was all but confirmed by Nikon when the company itself said that improved image quality for the D4s would come from “a new image-processing engine” and made no mention of a fresh sensor.

So, as far as NR is concerned, Adorama made a boo boo, and we don’t just mean accidentally leaking this product page. If rumor sources are correct, the page they leaked was wrong to begin with.

For more info on what the rumor mill expects from the D4s (taken, we suggest, with a generous helping of salt), check out our previous coverage here. And, as always, feel free to drop some speculation in the comments down below.

Image credits: Photograph sent to Nikon Rumors by someone at the Nikon field office at the Winter Olympics in Sochi.

Sigma Gives Us Yet Another Beautiful Look Inside Its Lens Factory in Aizu, Japan