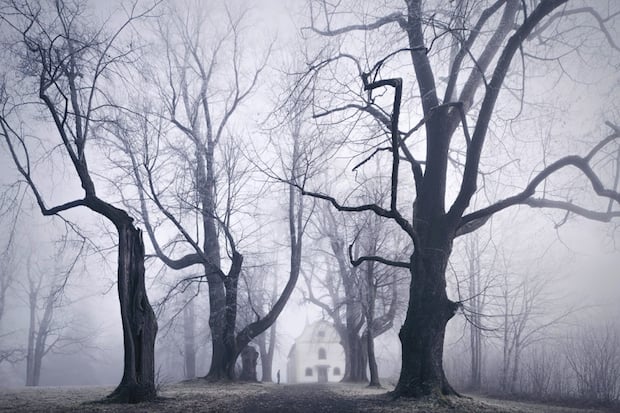 People familiar with the Brother’s Grimm fairy tales know that the Disney versions of many of these tales were rather less dark than the original, broody, oh-my-goodness-did-that-just-happen-in-a-fiary-tale versions.

The photographs in German photographer Kilian Schoenberger‘s series Brothers Grimm’s Homeland represent the latter universe: a foggy, dark, ominous place where the next footfall you hear might send you running.

Schoenberger was inspired to create the series by his own childhood home. Growing up with a thick woodland right in his backyard, magically haunted landscapes always held a draw for him. It’s also what he feels society is pining for on some level.

“I think there is a deep longing for tranquil naturalness among people in our technology-driven environment,” he tells SLR Lounge. “Therefore I don’t want to show just portrayals of natural scenes — I want to create visually accessible places where the visitor can virtually put his mind at rest.”

These photo illustrations were all shot in rural remote areas of Middle Europe, using a Canon 5D Mark II attached to either a Canon 24mm TSE or a Canon 17mm TSE: 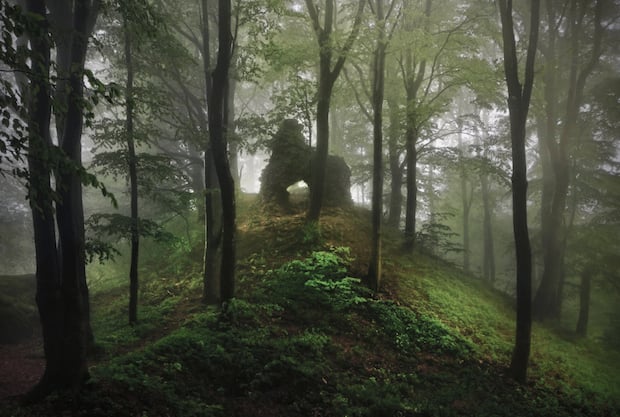 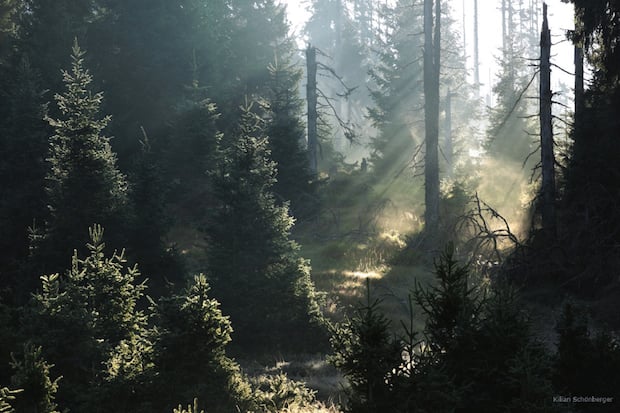 The images are impressive enough on their own, and would be a testament to the skill of any photographer who captured them, but they become even more impressive when you find out that Schoenberger is color blind.

It’s both a blessing and a curse. Although he admits that he has to have a friend check the colors in every one of his images before he goes to print, he explains to My Modern Met that it’s also a benefit. “I don’t have to separate singular colors visually and can totally concentrate on the structure for a convincing image composition.”

To see more of Schoenberger’s impressive work — and believe us, there is a lot more where this came from — head over to his website or Facebook page by following the corresponding links.

Image credits: Photographs by Kilian Schoenberger and used with permission.