About six months ago, well-known photographer Scott Kelby switched from Nikon — which he had shot for many years — to Canon. The switch has caused a flurry of questions from the photo community, and so today, Kelby asked Canon Explorer of Light Rick Sammon to stay for a few minutes after they wrapped up an episode of The Grid to help him answer this question.

The interesting thing is, Kelby’s first digital SLR was the original Canon Rebel, but somewhere along the line he switched to Nikon and never looked back. Until six months ago, that is. That’s when he got a chance to set aside his D4 to try a 1DX for an NFL game he was shooting. 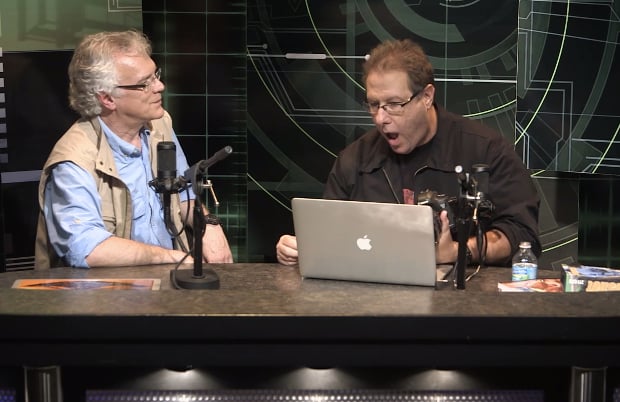 We won’t go into every reason he switched — that’s what the video is for — but everything from the ergonomics, to the customizability, to the quick dial, to the AF system, to how well skin tones are rendered played a role.

To hear all of the reasons from the man himself (and please, do your best not to shoot the messenger), check out the video at the top and let us know what you think of his reasons in the comments. Also, lets turn the tables a bit. Canon shooters that have or are considering switching to Nikon, what are your reasons for wanting to make the opposite swap?