Say what you will about Apple — and there are many people who have a lot of not-so-nice things to say — but the company knows how to put together an ad. From the funny Mac vs. PC commercials of old to this year’s Christmas advertisement that brought many to tears, Steve Jobs vision of standing at the intersection of liberal arts and technology is often brought to life by these ads.

Apple’s newest commercial gives the iPad the same treatment — showing the gadget being used for everything from photography to filmmaking while a monologue about poetry from the movie Dead Poets Society inspires you into a creative frenzy.

Okay, fine, frenzy might be a strong word, but this ad does double duty as far as we’re concerned. On the one hand, Apple clearly believes that the iPad is a device that photographers and filmmakers can, should and (in fact) do make incredible use of. 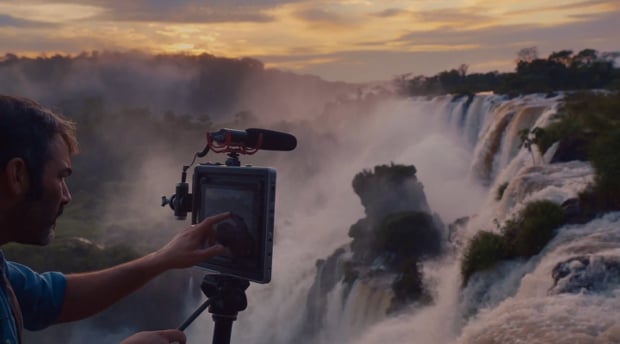 Much as the photo community might make fun of people taking photos with their iPads, watching filmmaker Josh Apter put it to use with a professional microphone and lenses attached doesn’t seem quite so laughable.

But even if you’re an Android or Windows OS user, the video isn’t a complete waste. Ignore the iPads and listen to Robin Williams’ character from Dead Poet’s Society inspire the artist in you by quoting the words of Walt Whitman.

Why do we take photographs or create brilliant pieces of cinematography? “What good amid these, O me, O life? Answer. That you are here — that life exists and identity, That the powerful play goes on, and you may contribute a verse.”

Plagiarized Photography Portfolios are Now Just One Click Away…