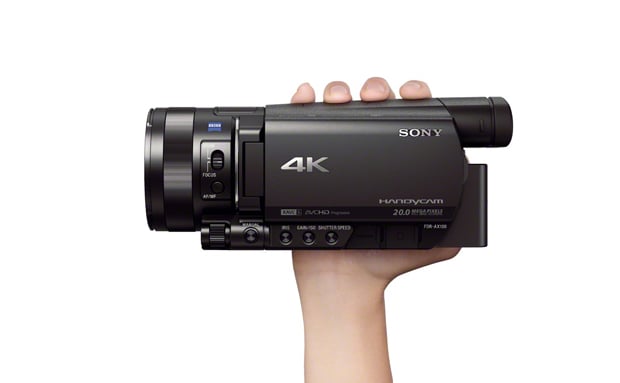 Sony is looking to take 4K video into the mainstream at CES this year by releasing its first compact camcorder that supports the beyond-HD standard.

The AX100, introduced Monday at CES, is one-fourth the size and one-third weight of the FDR-AX1, the company’s debut 4K model, yet boasts impressive specs. Those include a 14.2-megapixel, back-illuminated, 1-inch CMOS sensor and a BIONZ processor fast enough to allow 30fps shooting at full resolution. (Step down the resolution, and you can go to 120fps, for super-groovy slow motion.) 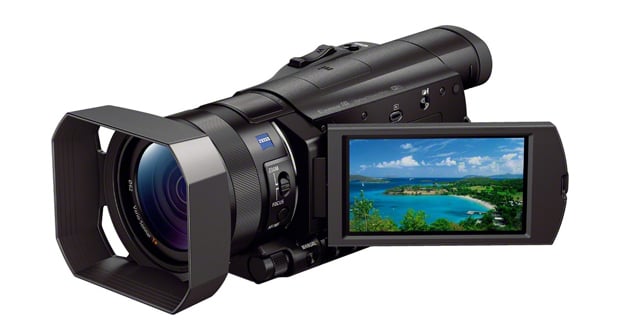 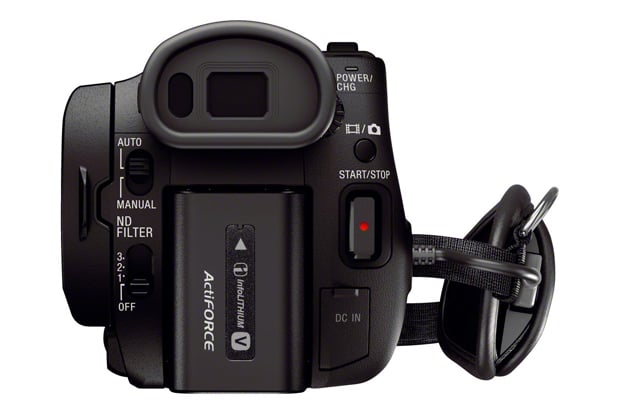 The 11-group, 17-element 29mm lens zooms to 12x, and the seven-blade aperture promises yummy bokeh. You also get ND filters at 1/4, 1/16 and 1/64 strengths, and Voice canceling features to reduce the distraction from a chatty cameraman. Output is in the XAVC S variant of MP4.

Sony expects to have the AX100 on the market in March for $2,000 (pre-order already available here). 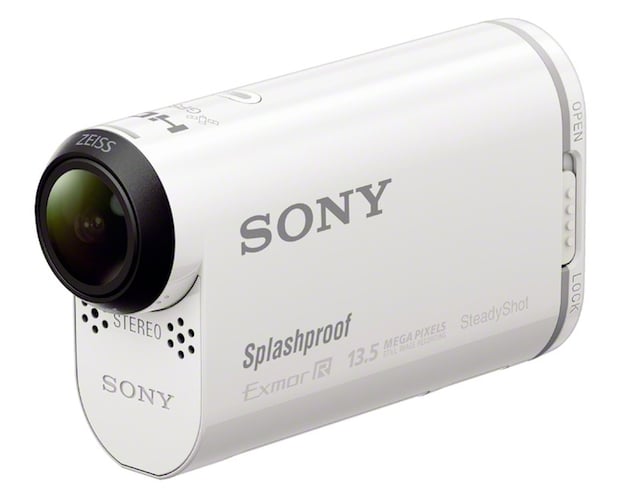 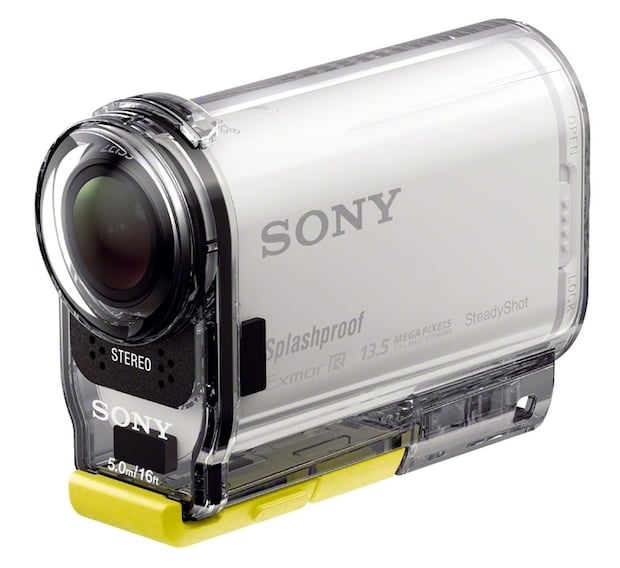 On the other end of the camcorder market, Sony takes on GoPro with the HDR-AS100V, an update of its wearable actioncam that adds more resolution and speed options — HD up to 1080 at 24fps, or slow mo at 240fps in 720 mode — still photos at 13.5 megapixels, splashproof body and wireless tethering with up to five other cameras via an optional wristwatch-style remote control.

Additionally, an update envisioned for the Summer of 2014 will enable live streaming when connection to an Android or iOS phone, much like the GoPro already does with its app.