Last year, a time-lapse called ‘Body Evolution – Model Before and After‘ went viral as people the world over had their eyes opened to just how much a model can be altered with the help of hair, makeup and, most of all, Photoshop. That video has accrued almost 8 million views, and is still shared today in hopes of convincing magazines to begin putting disclaimers on images that are significantly altered in post.

The video above by ad agency Victors & Spoils takes that video and does something hilarious with it. Almost as if to say “You think that’s extreme? We’ll SHOW you extreme!” the agency Photoshopped the model further, from the beautiful Barbie-like cover girl into none other than Santa Claus!

Here’s the original video for reference:

And here’s a before and after of model turned Santa Claus: 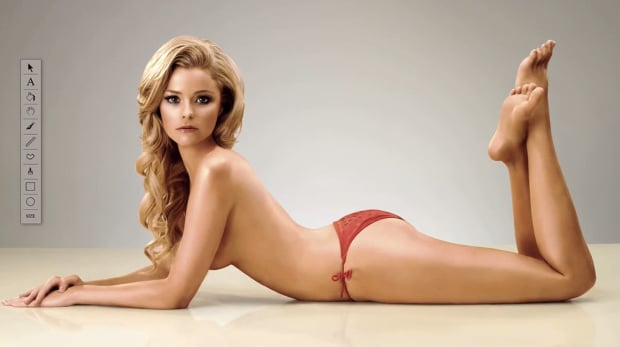 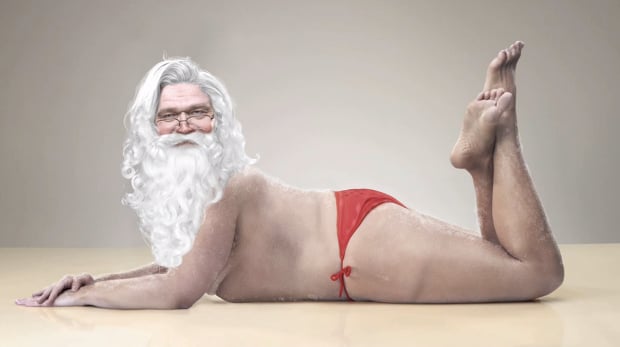 Obviously this was all done in good fun. As the video begins, the text reads, “Ad agencies go to disturbing lengths to create the perfect image,” followed by the cheeky “I guess we’re no different.

It’s not going to have the impact that the original did (or this ad by the same direct from 2006 that actually inspired the Body Evolution ad) but that’s not the point. It’s a virtual holiday card from the ad agency to the world, meant to make you smile and realize that, in the world of Photoshop, Santa Claus does exist… and he’s wearing a bikini.