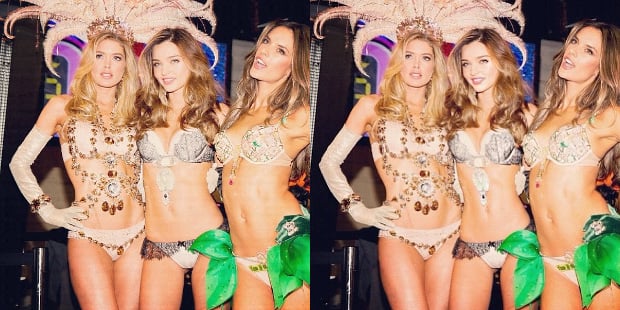 Victoria’s Secret model, mother, and wife to Hollywood star Orlando Bloom (for now… I’m still hopeful) Miranda Kerr landed in some seriously hot water with the Internet-at-large recently after posting a clearly Photoshopped photograph of herself to her Instagram account.

The photo was actually a repost, which is one of the main reasons it was identified as a ‘shop job so quickly. Last year, an unaltered version of the same photo was posted to the account after the Victoria’s Secret Fashion Show, garnering over 61,000 likes from fans blown away by the fact that Kerr had managed to get in that kind of shape just a year after having son.

This is that photo (Miranda Kerr is the one in the middle): 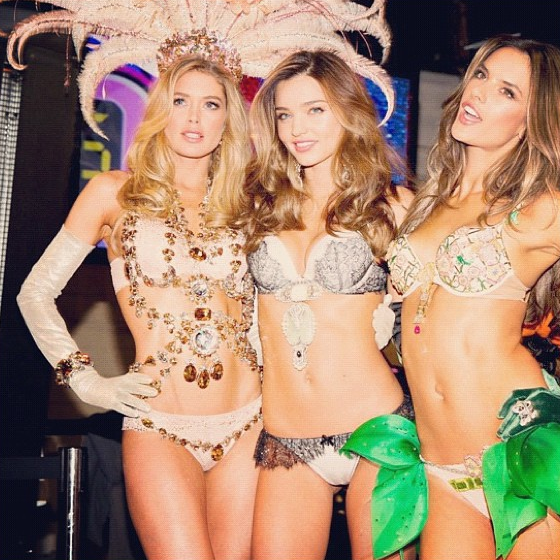 This year, Kerr politely declined to walk in the show (which aired earlier this week) in order to focus on her business affairs. She did, however, decide to post the same photo with a message of encouragement and support for her fellow ‘angels’ ahead of the show. 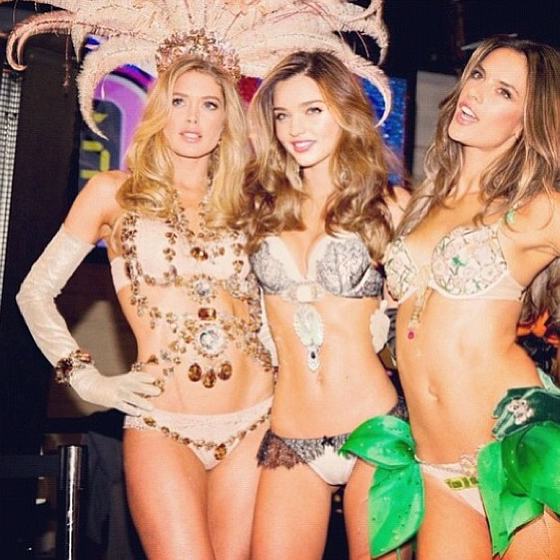 The Internet was immediately caught between rage and confusion, with fans requesting an explanation and detractors tearing into her via the comments. It wasn’t until today that an explanation finally arrived, however.

Once the outrage reached critical mass, Kerr took to Instagram to explain herself. She replaced the photo with the original and captioned the new post by saying:

Hi guys, here is the original VS image! When I re-posted the photo this week to support the girls I screen grabbed it off the internet when I was working in Japan. I had no idea it was Photoshopped. All good intentions — sorry for the confusion and congratulations to the girls for such a great show!

Whether or not this fixes everything is still being debated by fashion blogs and their ilk, as they point to other photos that they claim to be Photoshopped. But whatever the case is, attitude towards ‘shopped photos, in particular those that are obviously altered, seems to be growing more hostile each day.

BTS: Tyler Shields Explains How He Got Zachary Quinto to Risk His Life for a Photo