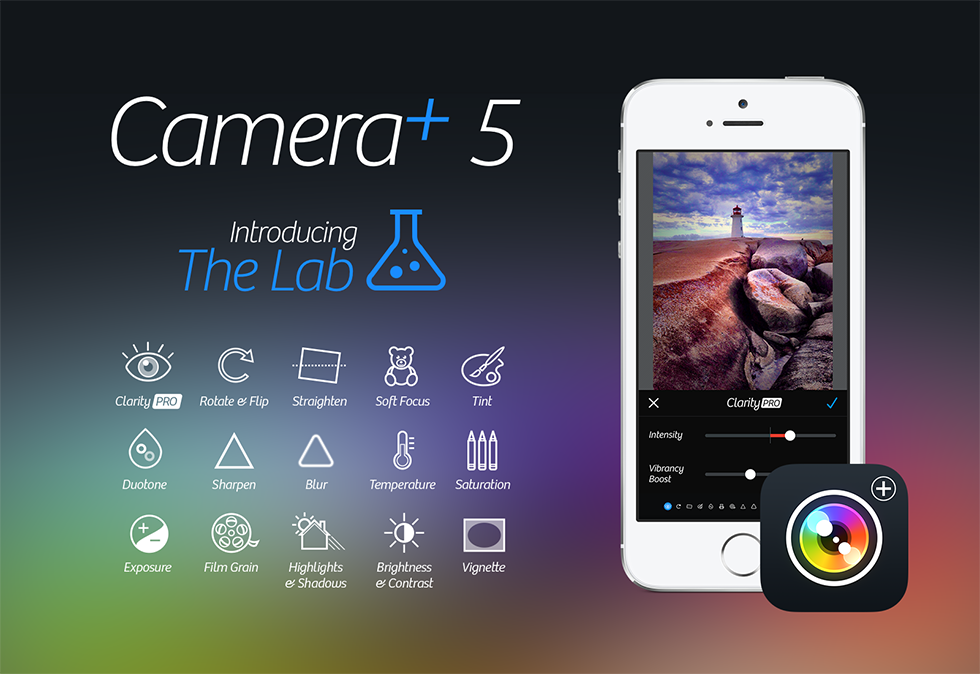 One of the most popular camera apps on iOS is Camera+. In fact, it’s so popular it currently ranks at #33 on Apple’s top paid apps chart. But that number is likely to jump after today, because version 5.0 has just been released, and this update is a big one.

We’ll let you decide whether or not that designation is deserved, but it looks like every adjustment and feature you might look for in a basic iOS photo editor is included. The Lab gives you control over exposure, contrast, color temperature, saturation, highlights and shadows, while also allowing you to add film grain, blur your photos, apply soft focus, sharpen your shots, and more.

In addition to The Lab, the new version adds a few other convenient features. For example, exposure lock and exposure compensation are now separate, and there is a crop preset specifically for iPhone backgrounds.

To learn all about every feature they’ve added to the new version, or if you’d like to pick up a copy for yourself, head over to Tap Tap Tap’s website here, or the iTunes App Store here. Just be ready to drop $2, because while the update is free to current users, Camera+ remains a paid app.