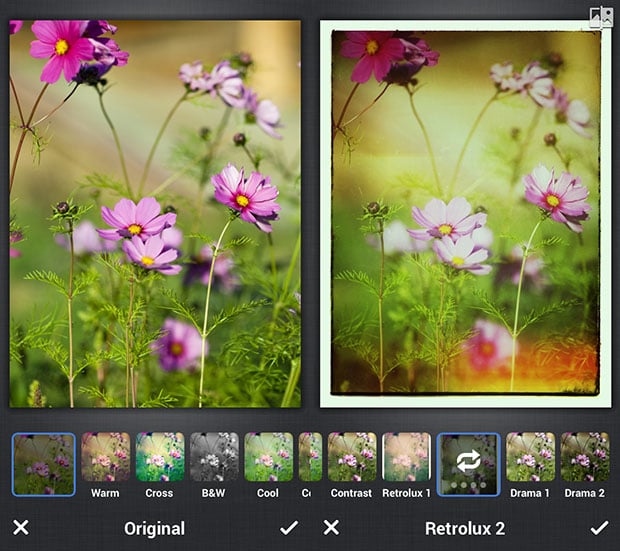 Retro filters are still doing their steady march toward becoming ubiquitous across camera and photo-sharing mobile apps. Today, Google announced a new update to its iPhone and Android Google+ apps that adds these filters for people who want to make their photographs look “retro.”

The filters will be quite familiar to users of Snapseed, which Google snatched up in September of last year. Names of the filters include Warm, Cross, B&W, Cool, Contrast, Retrolux, and Drama. Tap them to instantly apply the effect to the photograph you have open. 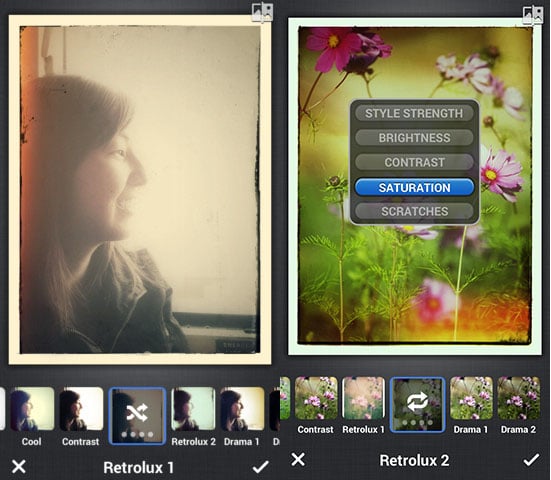 In addition to filters, a number of other basic camera editing tools are now available at your disposal: there’s rotate, crop, saturation, brightness, contrast, scratches, and more.

A single tap allows you to quickly compare the photo you’re editing with its original, untouched version.

You can pick up the new version of the app over in the App Store (version 4.3) and through Google Play (version 3.6), depending on whether you use iOS or Android (respectively).

(via Google+ via The Phoblographer)

Camera Finds Way Back to Owner After Drifting 6,200 Miles from Hawaii to Taiwan