If we start a post off by telling you that “the stop motion video above consists of 8,000 frames taken on an iPhone,” you’d probably assume it was some small-time filmmaker or hobbyist that put it together, and most of the time you’d be right.

In this case, however, you’d be dead wrong. Because that’s exactly how musicians LeAnn Rimes, Rob Thomas, and Jeff Beck decided to film the music video for their most recent collaboration, a song called “Gasoline and Matches.”

Of course, the artist themselves probably didn’t have much to do with filming the video itself. Animator and former Twitter employee Ian Padgham was hired after, get this, he was discovered by Rimes’ producer Darrell Brown ON VINE. In fact, he still used Vine to create this entire 5 minute video. “Darrell turned me onto Ian’s Vine account, and I’d never seen anything like it,” Rimes explained to The Hollywood Reporter. “I was shocked that nobody had done a (music) video like that before, and I jumped at the chance to do it.” 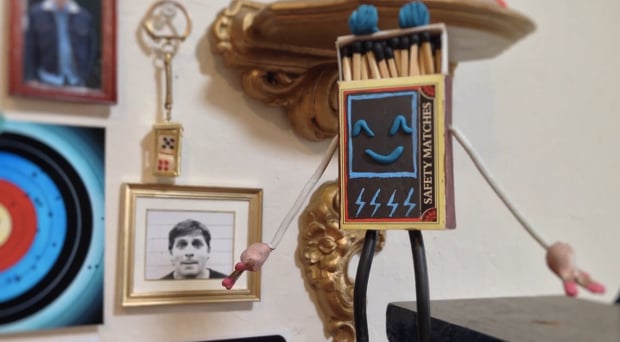 If you’re shocked that a Vine animator got hired to shoot a music video for a major country star, you’re not alone. When Brown got in touch through Twitter, Padgham he assumed it was a prank and didn’t reply. Then again, he had already been contacted by both the Grammys and Oscars to possibly create stop motion promos for them before country came knocking, so maybe it wasn’t so much of a surprise after all.

To see more of Padgham’s stop motion work, head over to his website here. And, of course, be sure to watch the video at the top to see country music and stop motion collide for, as far as we can tell, the first time.

(via The Hollywood Reporter)