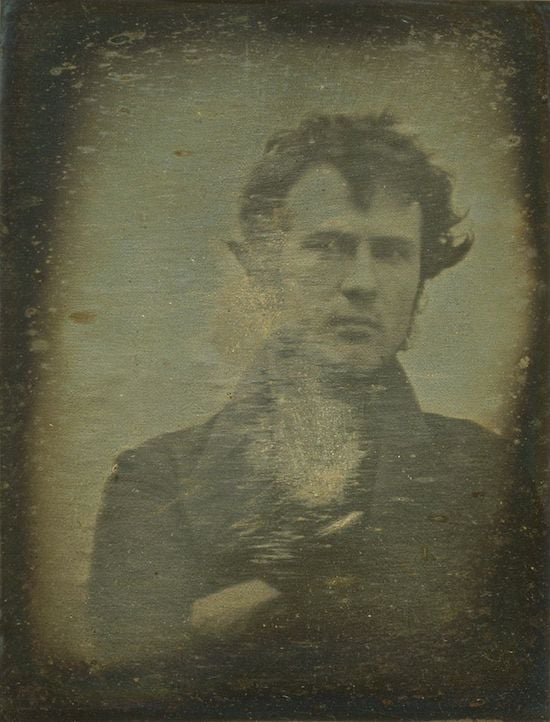 Selfie, schmelfie! How self-absorbed do you really have to be to spend all of 20 seconds pointing a phone at yourself and tapping a few buttons? But a process that requires up to 15 minutes of statue-still posing, exposure to hazardous chemicals and construction of custom camera? Now that’s something worth bragging about.

So all hail pioneering American photographer Robert Cornelius, whose rough but certainly recognizable image, taken mere months after Louis Daugerre revealed his daguerrotype process in 1839, is undoubtedly the world’s first photographic self-portrait and may even be the first photographic portrait of any kind.

Cornelius learned about the new medium while working at his father’s lamp shop, where he specialized in silver-plating, among other tasks. A client hired him to produce a silver plate for a daguerrotype, and Cornelius became curious about the process. 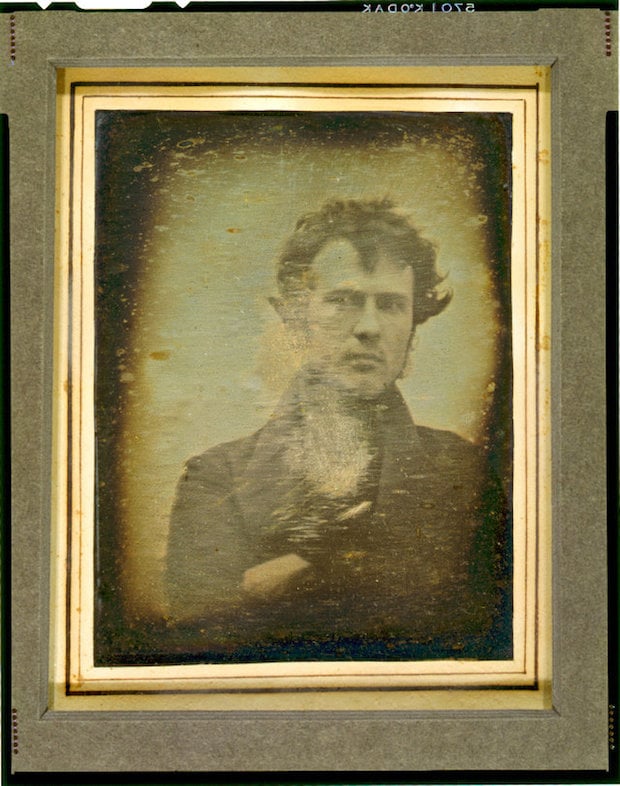 He worked on experiments to improve the process, and one of the first fruits of his research was his self-portrait, taken outside to ensure adequate light and with a “camera” that basically consisted of a box outfitted with a lens from an opera glass.

No remote shutter release, either, so Cornelius simply ran in front of the camera after taking the cover off the lens… apparently didn’t think to comb his beforehand hair either.

The image helped disprove Daguerre critics who said the process was too cumbersome to ever work for portraits. And it encouraged Cornelius enough to open one of the first photographic studios in the U.S., which he ran for a couple of years before deciding the family business promised steadier income.

The dauguerrotype now resides at the Library of Congress, complete with Cornelius’ scribbled note on the back describing it as “The first light picture ever taken.” Suggested hashtags for anyone who cares to Instragram it: #howlongdoihavetositlikethis?, #feelingwoozyfromallthat silveriodide and #sweetvignetting!.