A fascinating video made by Mystery Scoop has brought to life old Victorian-era portraits by using the latest technology in artificial intelligence (AI).

The video scrolls through portraits taken in the 19th century and the photos come to life with color and movement as they go.

“After receiving such good feedback on two of our earlier videos on Victorian portraits, we wanted to bring you something even more unique today,” says the voiceover.

“We’ve gathered a collection of 19th-century portraits that appear to come to life as they glide across your screen.”

The portraits were given a “quick restoration, colorization, and some facial motion.” Mystery Scoop says they used some of the latest tools in AI technology. “It was a labor of love to create,” they add.

The photos are mainly daguerreotypes and tintypes, techniques used during the early photography era that produced remarkably high-quality, detailed images.

Lorenzo Foli and Olga Shirnina are behind the YouTube channel Mystery Scoop. They are both photo restorers and colorizers, posting fascinating images on their respective Instagram channels.

One of the photos that the team brought to life was the first-ever selfie taken by photography pioneer Robert Cornelius in 1839, just a few months after the invention of the daguerreotype.

Cornelius learned about the new medium while working at his father’s lamp shop, where he specialized in silver plating, among other tasks. A client hired him to produce a silver plate for a daguerreotype, and Cornelius became curious about the process. 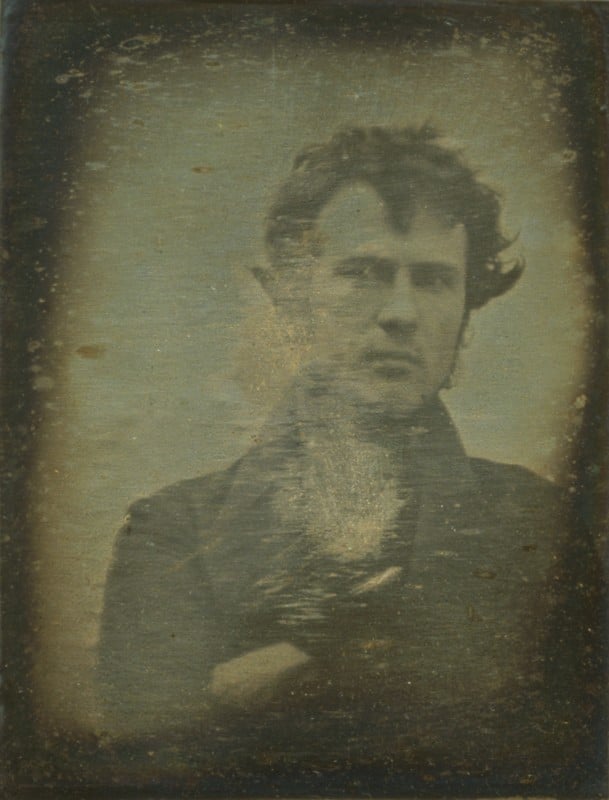 He worked on experiments to improve the process, and one of the first fruits of his research was his self-portrait, taken outside to ensure adequate light and with a “camera” that basically consisted of a box outfitted with a lens from an opera glasses.

The image helped disprove Daguerre critics who said the process was too cumbersome to ever work for portraits. And it encouraged Cornelius enough to open one of the first photographic studios in the U.S., which he ran for a couple of years before deciding the family business promised steadier income.

The daguerreotype now resides at the Library of Congress, complete with Cornelius’ scribbled note on the back describing it as “The first light picture ever taken.”