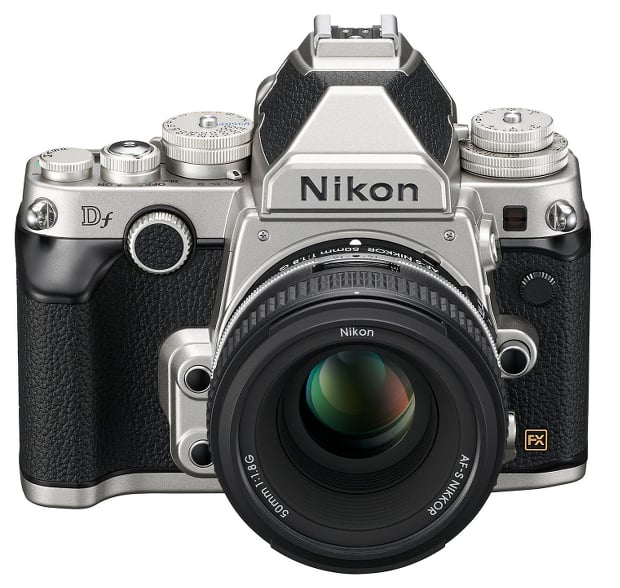 In an insightful essay about the “graying” of photography, Kirk Tuck opines about seeing 50-year old men proudly displaying their huge DSLRs while hanging out at the counters at the Photo Plus Expo in New York last month. The generation that obsessed over pristine primes, low noise and 16×20 prints has been supplanted by a gaggle of Snapchatting millennials for whom photography is no different than a text conversation.

As many pundits have pointed out, photography has become a form of communication in a way that it wasn’t when film and processing was expensive. A visual communication that transcends language and cultural boundaries that is being created and evolving at a prodigious rate.

I bring this up because of the trend of “retro” camera design, most recently, yesterday’s announcement of the Nikon Df DSLR (disclosure: I am a Nikon shooter), which featured a marketing campaign centered around its vintage design.

There is nothing wrong with a vintage design. Good design is often timeless, and having dials instead of a hierarchical menu system can be a good thing. But who is the target market for this $2750 body? 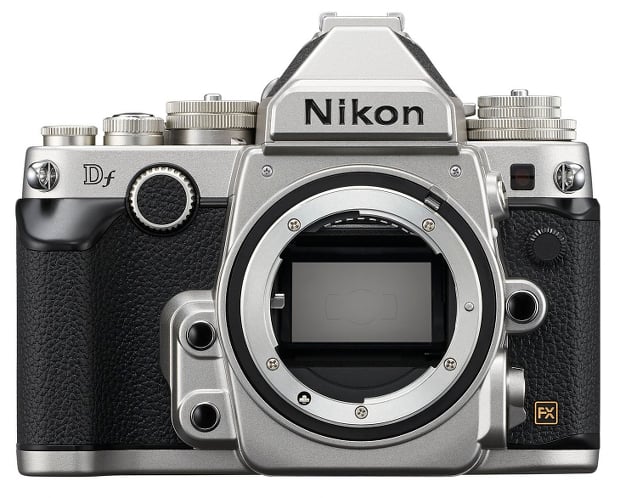 Given the awesome D4 sensor that is packed into this body, one could argue that this is a defeatured, lower-cost D4 in a smaller body. That all sounds great on paper, but I suspect that buyers in this price range will opt for the Nikon D800 with its 36MP sensor and video capability.

And this is all good and well if you are a 50-year-old white guy, or perhaps an indie filmmaker who wants that shallow depth-of-field look for their next Vimeo short.

But what about the next generation, most of whom are content to use their smartphone because they always carry it?

There will never be a mass movement back to point-and-shoots from the camera phone because convenience trumps quality, and by the way, cameraphones have startling good quality. But there is a segment of users in the millions who do want a dedicated camera. They consider themselves photographers, they desire better low light capabilities, they want optical zoom, and they are willing to deal with a little extra weight.

I am that guy. And I considered the Nikon Df because I wanted to use my fast glass and have faster focusing. But by the time I slap on a 35mm f/1.4, I’m suddenly lugging 3 pounds of camera instead of the sub-1 pound of my Sony RX-1. And although I might gain phase detection focusing (e.g. faster focusing), I can’t instantly Facebook my higher quality shots because there is no built-in WiFi (Nikon offers a plug-in accessory) or GPS.

That camera I carry around all the time? It’s a personal communication device, and sometimes I don’t want to wait until I get home to dump my 24MB RAW files into Lightroom to generate an obscenely large JPG that will never be printed. 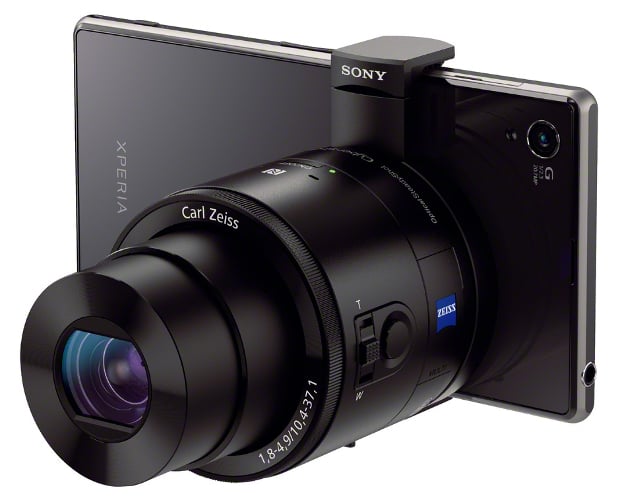 WiFi, GPS and a touch screen are built-in, and its open source software allows me to launch Instagram (or whatever app is the soup du jour) and have the camera automatically pair with my phone so I don’t have to do everything twice. The future uses technology and design to free us from analog constraints. The future is optimistic, and the utopian future makes us want to catch glimpses of the next future — not peer backwards and yearn for the past.

I don’t know many things, but I’m pretty sure the camera of the future isn’t from the past.