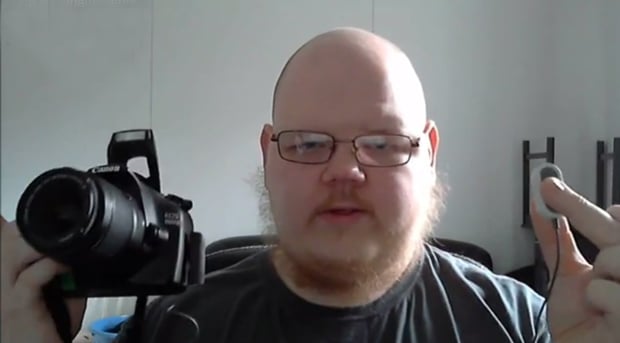 From the Dept. of “I Wonder What Will Happen If I Shove This Into There” Research comes news of handy substitute for a dedicated remote camera trigger.


Electronics explorer Gurnarok noticed that the remote port on his Canon EOS 1100D matches the 2.5mm jack on his Xbox 360 headset. Plugging one into the other, he found that pressing the on/off button for the headset’s microphone triggers the shutter release. (Plugging the headset in also deploys the on-camera flash, a potential drawback.)

Gurnarok’s test bed is rather limited, but other Web-published research suggests widespread applicability for any phone/game console/whatever headset with an inline on/off switch. You could even chop off the headphones and make it look considerably  less cumbersome.

Feel free to do you own experiments and let us know what works.