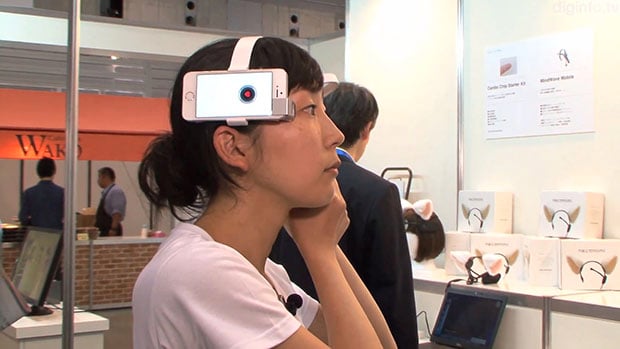 Google is planning on rolling wearable camera glasses out to the general public in the near future, so we may soon be hearing utterances of “okay glass” all around us as owners snap photos with voice control. If using your voice as a shutter isn’t your thing, you might want to start waiting for the Neurocam. It’s a crazy iPhone-based camera system that uses your brain waves to snap photos!


A prototype of the camera was demonstrated at the Human Sensing 2013 conference in Japan last week. It basically looks like an iPhone strapped to the side of your head. Brainwave sensors connected to your head attempt to measure your interest in the things you look at based on how your brain responds. 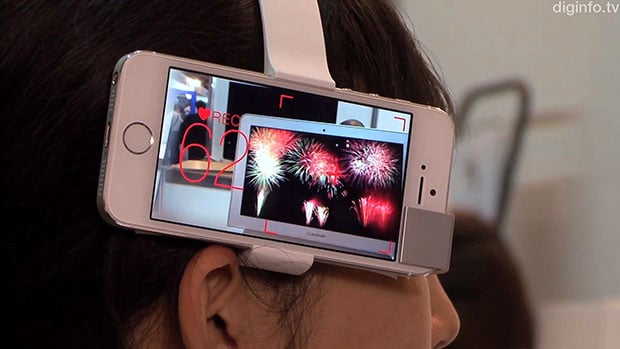 Interest level is measured on a scale of 0 to 100. When your brain waves top 60, then the camera shutter is triggered. Although the phone is pressed flatly against your head, a prism connected to the camera gives the phone the same view as your eyes. 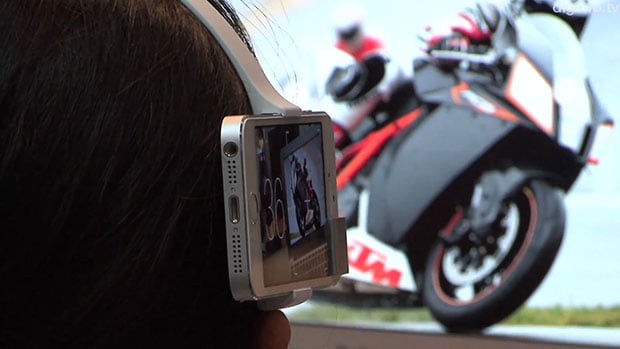 Resulting imagery (currently in the form of 5-second GIF animations) can then be viewed later using your phone, offering a quick glance at all the things that interested you throughout your day.

Here’s a short news segment that offers a look at the Neurocam:

The researchers behind the project say that it could allow for hands-free cameras that automatically capture a life log of memories for you.

(via DigiInfo TV via Engadget)