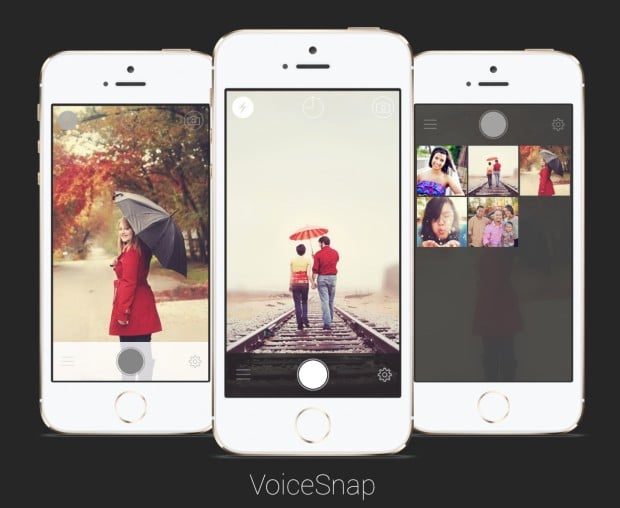 While small in the realm of things, one of the most unique features of Google Glass is it’s ability to snap photos with nothing more than a vocal command. It’s an intuitive way to take a photo hands-free, and taking inspiration from the idea is a new application for iOS called VoiceSnap.

Capable of being used as both a remote triggering device via Bluetooth or as an app on your standalone device, VoiceSnap is ready to go as soon as you open it. All you need to do is say “Voice Snap, take a picture” to get your device to grab the shot for you.

For the cynics amongst you who are wondering why in the world this could be useful when you’re already holding the device in your hand, I’ll give you two cases where such a feature could prove useful, if not vital.

The first is if you’re shooting an image that needs to stay as stabilized as possible. Rather than using one hand to hold and the other to tap the screen – which causes the camera to move, albeit slightly – you can now stabilize the camera with both hands and talk, rather than pressing on the device to snap a photo.

The second is if you’re wanting a group shot that isn’t done at an arms length. All you need to do is open up the app, get everyone positioned, get in the picture yourself, then say the magic words. If a friend has an iOS device with the app, you can even say it more quietly into their phone to trigger yours via Bluetooth. 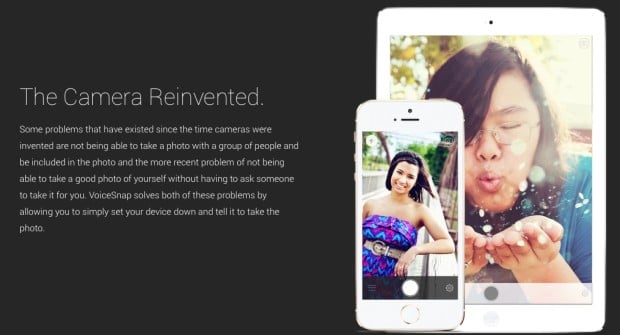 I have a hard time agreeing with Moca Apps when they say it’s “The Camera Redefined,” but it’s definitely a beautifully designed app that makes good use of a niche feature. Novelty or not, it’s something that is just as useful as it is fun.

You can grab yourself a copy in the iOS App Store for $2.