Anamorphosis is a technique you’ve probably seen used many times, even if you never knew what it was called. It’s the projection technique that sidewalk artists use to make it seem like their drawings are three-dimensional when viewed from a specific angle.

And if you want a perfect example of this technique in action, look no further than the video above: a commercial for Ray-Ban sunglasses… although you’d never have been able to tell if we hadn’t told you.

Like forced perspective, perspective anamorphosis can be a handy tool photographers should keep up their sleeves for situations where a limited budget might call for an alternative approach to shooting something. 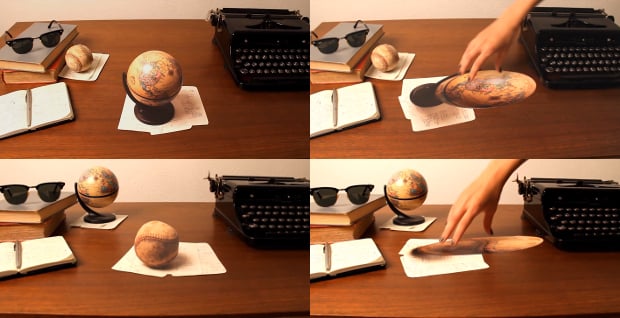 Filmmaker Vashi Nedomansky showed us how forced perspective and a toy humvee helped him stay under budget while shooting a film that hasn’t come out yet, and we could definitely see a situation where using perspective anamorphosis could prove useful in a similar way.

Alternatively, you could just watch the video, ooh and ahh a bit, and get your Saturday off to a mind-bending start. Still, keep this technique in mind. It might just come in handy in a pinch down the road.

The Sad Tale of Jasmine Star and Doug Gordon