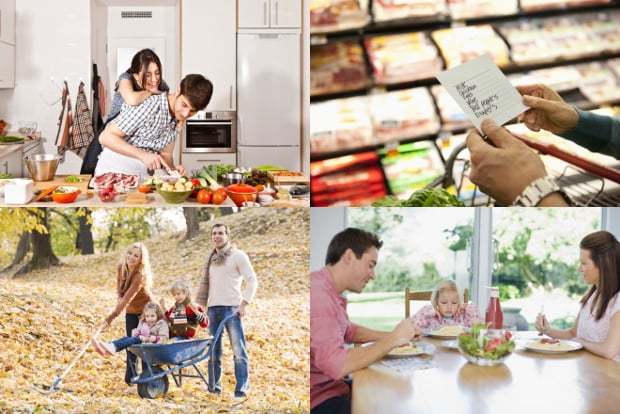 Art directors Andrew MacPhee and Bart Batchelor are intimately familiar with Getty Images’ massive stock photo library. Over the course of their careers, they’ve had to dig through tens of thousands of photos to find ones that would do for whatever campaign they were working on.

But for every “right one” they found, there were hundreds of “wrong ones.” And for every hundred “wrong ones” there were at least one or two that were downright hilariously absurd. It seemed only right that these ridiculous stock photos be shared with the world: thus was born Getty Critics.

MacPhee and Batchelor started Getty Critics back in July. The idea was simple: share absurd stock photos, complete with hilarious captions pointing out the idiosyncrasies, with their friends and families. But when the site got posted to Reddit, they got over one million views in just under six days — clearly it wasn’t going to be just friends and family anymore. 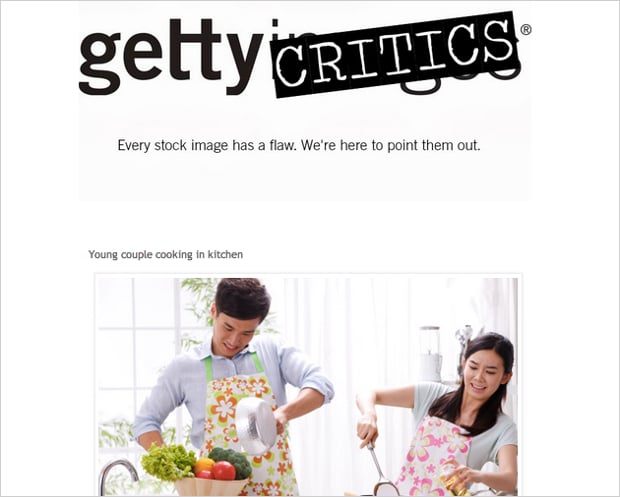 Each flawed photos is accompanied by a funny (and often crude, consider yourself warned) caption that points out just how ridiculous it is.

For example, MacPhee and Batchelor wonder why the man in the photo above is “pouring air on a perfectly arranged basket of vegetables,” or why there’s a stock photo of a family enjoying plain boiled noodles and ketchup.

Naturally, the next step after Stock Photography is Stock Video, and that’s exactly where MacPhee and Batchelor are going with the new series “Getty Dubs.” As they put it, “There’s a reason stock video doesn’t have sound,” which is why the duo are dubbing sounds of their own over the awkward silent vids.

Here’s a compilation of what they’ve come up with so far:

Fortunately for them, Getty Images doesn’t seem to have a problem with the website (yet?) so Getty Critics continues to grow. As MacPhee told Wired, “I guess Getty is reaping the benefits or don’t care, or maybe they haven’t finished their lawsuit.”

Whatever the case, if you’d like to see more ridiculous stock imagery and/or follow along as they dub over even more videos, head over to the Getty Critics website or check out their Facebook page by clicking on the corresponding links.

Blast From The Past: Classic Commercial for the Polaroid SX-70 Land Camera