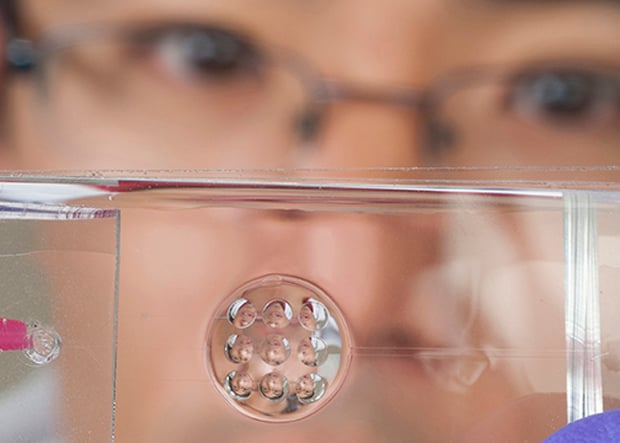 Engineers at Ohio State University have imitated aspects of human and insect eyes to create what may turn out to be the next big advance in camera lens technology.

The project, described in a paper presented at the IEEE International Conference on Micro Electro Mechanical Systems, attempts to mimic the human eye’s ability to subtly change shape by utilizing a lens made from a flexible polymer. One side of the lens is outfitted with numerous dome-shaped pockets that can have fluid pumped in and out in precise increments that alter the shape of the lens. 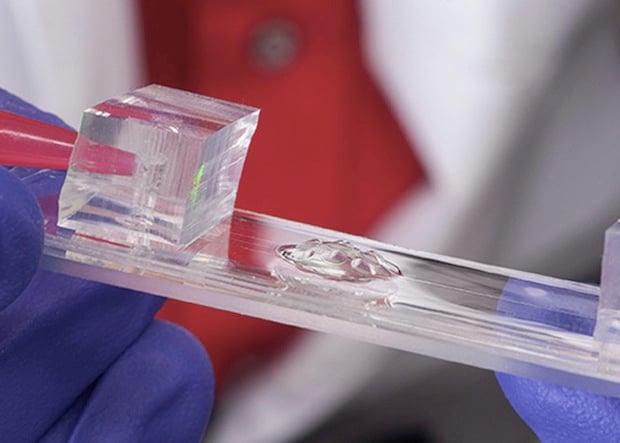 By combining aspects of human and insect vision, the system gains the advantages of both: the accurate focusing of human vision and the wide-angle view insects rely on.

“We can combine the two,” said Yi Zhao, an associate professor of biomedical engineering and ophthalmology at Ohio State and co-author of the paper via press release. “What we get is a wide-angle lens with depth of field.” 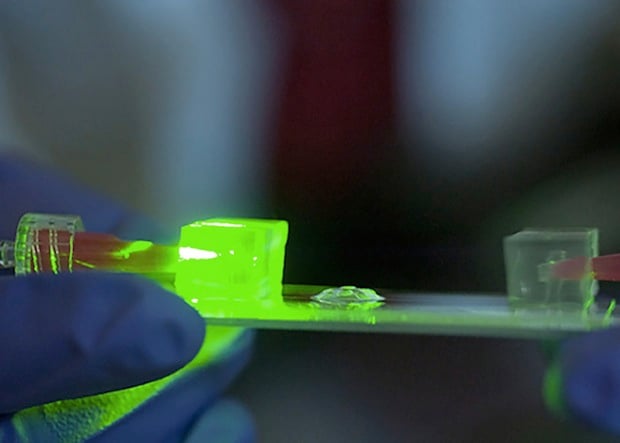 Zhao said the system would need a number of refinements to be useful for consumer electronics, where space constraints and leakage danger make a fluid-based design impractical. Instead, future versions may incorporate piezoelectric materials than can change shape in response to changes in electrical current.

He sees significant advantages for the lens design in fields such as microscopes and laparoscopic surgery, but one of the biggest markets could be mobile phones, where a flexible lens could finally allow real zoom and adaptable depth-of-field.

(via Ohio State University via Discovery)

The US Govt Has Records of ‘Suspicious’ Photographers Legally Taking Pictures