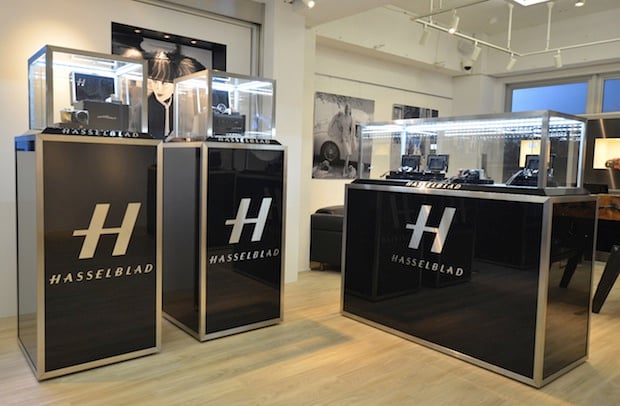 The online shopping revolution has wreaked havoc on brick-and-mortar stores, and photography shops are no exception. If you need an example, look no further than Jessops in the UK, which is down from 187 stores to only 36, and even those are only open because of some serious funding from investor and Reality TV star Peter Jones.

Stories like that, however, don’t seem to be stopping camera companies from jumping into the retail store game. Over the past year, Canon opened its first Experience Center, Polaroid opened its first Photobar, and now Hasselblad is joining the party with its first retail store, which will be opening in a few days time in Tokyo.

The store is set to open on September 14th in Tokyo’s fashionable Harajuku area, and judging from the press photos, it will go for the same high-end luxury feel that the Leica stores are known for.

More than just a place where you can buy the company’s cameras, however, Hasselblad Japan President William Penrice explains that the Tokyo store will offer a bit of Hasselblad history as well:

Our exclusively designed Tokyo premises include a fully functioning photo-studio, a gallery and a creative space for photographers. We also have a unique display area showcasing the company’s heritage products including examples of our classic V System and space cameras favoured by US astronauts. 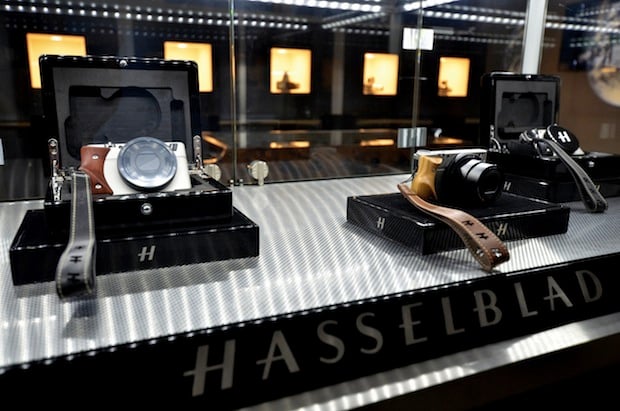 According to CEO Dr. Larry Hansen, the store opening on the 14th will consist of “an all-day party,” at which Hasselblad will display its most recent products alongside “a superb exhibition of Norman Parkinson photographs in-store — to celebrate both our new launch and this great photographer’s 100th anniversary.”

250 Million Reasons You Should Register Your Photo Copyrights