The convenience of always having a camera with you also comes with some serious liabilities, especially if someone’s well-being depends on anonymity. This is probably why more and more judges are banning cameraphones from their courtrooms.

According to the The Boston Globe, the practice has particularly caught on in Massachusetts, where reports of witnesses, prosecutors and even jurors being photographed outside court — with photos often winding up on social media as part of intimidation campaigns — have judges worried about fair trials.

Like most states, Massachusetts bans covert photography in court, but the difficulty of enforcing such rules in an age where a camera is embedded in almost every phone has prompted many judges to ban cell phones altogether. 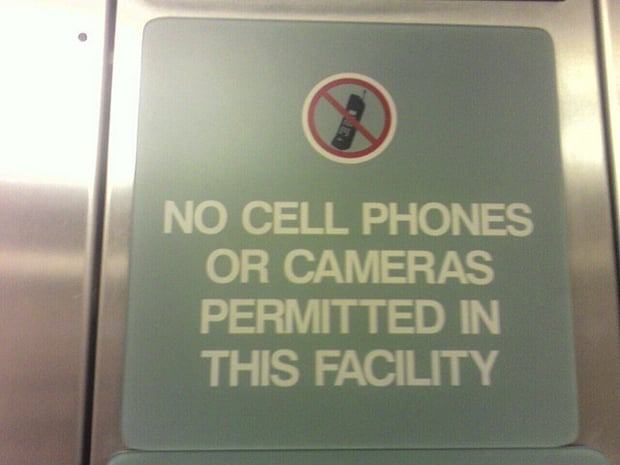 Besides aiding justice, such blanket bans have provided an unexpected boon for several industries. Phone companies are getting requests to install more pay phones (ask your grandparents, kids) in courtrooms, and enterprising owners of Bodegas near courthouses have found they can charge a couple of bucks to safely stow a customer’s phone while they’re in court.

Snapchat Micro to Bring Self-Destructing Photos to the Samsung Smartwatch