Here’s a video that should help you transition out of work mode and into TGIF mode with more than a few chuckles along the way. It was put together by Minnesota-based photojournalist Ben Garvin using a stop-motion iPhone app, and has been making the rounds on the Internet as beard and stop-motion lovers unite to praise his efforts.

As Garvin — an award-winning photojournalist and staff photographer for the Pioneer Press in St. Paul, Minnesota — puts it, “never let a good beard go to waste.” So when it was time to do away with a very respectable beard, he decided to take advantage of the opportunity and create something that would make people laugh.

He may not have anticipated just how much laughter though. In addition to making his 7-year-old wet himself, the video has now been watched on YouTube over 1.2 million times. 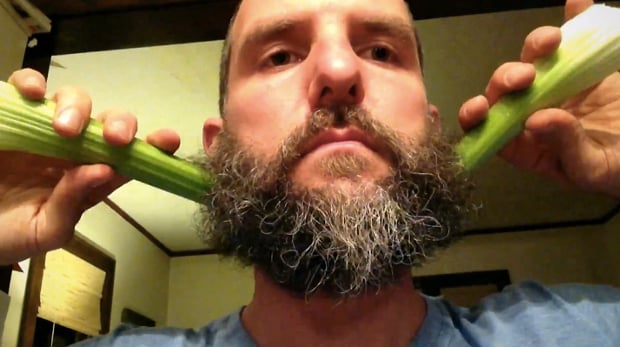 The original footage was shot on Garvin’s iPhone using an app called Stop Motion Studio, and then further edited and set to music using Adobe Premiere Pro. The final product starts out with some fun comb and beard acrobatics, moves on to pulling things out of and disappearing things into the bushy mass, and ends with… well we’ll let that part be a surprise.

Check out the video at the top to get a laugh, and if you want to see some of Garvin’s more serious work, head over to his website or Twitter by clicking on the respective links. You can also find out more about the making of by following this link to Garvin’s Twin Cities blog.