Over the course of his wild and fascinating life, 75-year-old Peter Beard has made a name for himself as photographer, artist, author and playboy alike. Still, his legacy lies in the incredible photographs he has brought back from countless trips to Africa.

Whatever his fans and detractors call him, his dedication to the natural world is unquestionable, and in the short film above, he shares a few of his thoughts on nature, photography and how he has used one to tell stories about the other.

“Nature,” explains Beard in the video, “is the best thing we’ve got.” Best known for his work photographing elephants in the 60s and 70s, Beard now creates massive collages using his old photos, newspaper clippings, “found objects” and sometimes even his own blood. 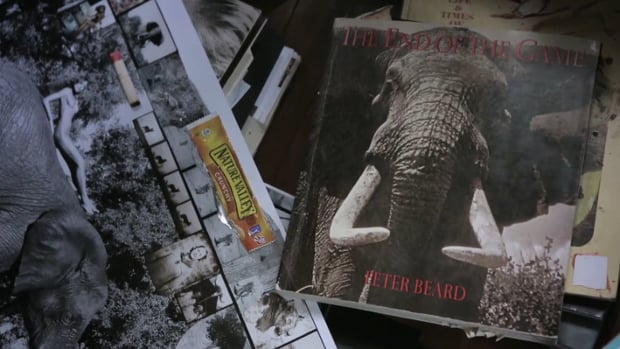 “Every photo in the collage would trigger a stream of thought about his time in Africa, photography, Montauk, and, especially, his concern for, and anger over, the state of the natural world,” director and producer Derek Peck tells NOWNESS. It’s these streams of thought that make up the short film.

“There’s so many things you can photograph: the motion, the accidents. You know, I’ve always thought it was magic,” says Beard, sharing some thoughts on photography. “I mean, photos can be magic if you have a little accident involved.”

Check out the video at the top to hear more from Beard, and if you would like to learn more about the man or see more of his work, head over to his website by clicking here.

Liquid Jewels: Photos of Paint-Covered Balloons Milliseconds After They Pop