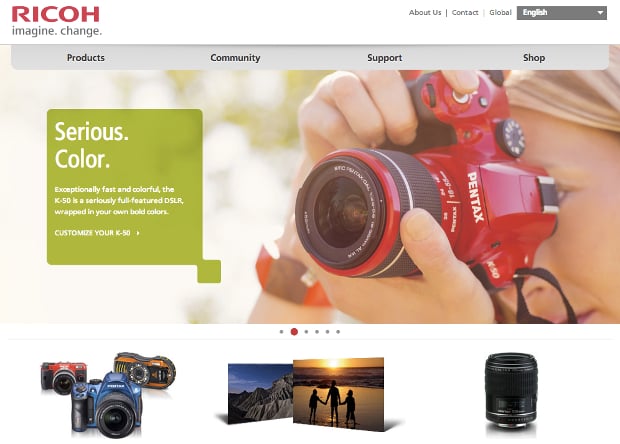 Early last month, just days after Carl Zeiss rebranded itself simply as “ZEISS,” Pentax Ricoh announced that it would be dropping the Pentax from its name, reverting the “Pentax” name to brand status. Now that people have had a month to let that news sink in, Ricoh is making the first major post-name-change alterations by rebranding the Pentax websites and social network accounts.

According to Imaging Resource, the change has already been put into effect on all of the major Pentax websites around the world. Instead of the Pentax logo you will now find the new Ricoh Imaging moniker, but that’s only the beginning. 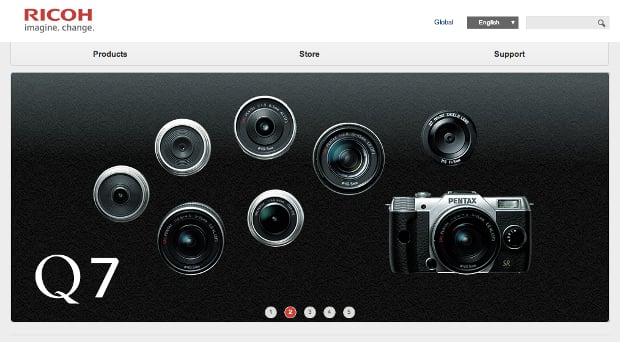 Some of the more major sites have already taken the next step after that by eliminating the original domain names as well. The US, Canadian, Japanese and Global Pentax websites all forward you directly their respective Ricoh sites. And although they can’t very well change the name of the Pentax Twitter, Facebook and YouTube accounts, each now sports the Ricoh Imaging logo.

Like we reported before, Pentax lovers need not fear that the name will disappear entirely. Future interchangeable lens cameras (ILC) and binoculars from Ricoh Imaging will still sport the Pentax brand, while Ricoh will take over compact cameras and “new technological innovations.” 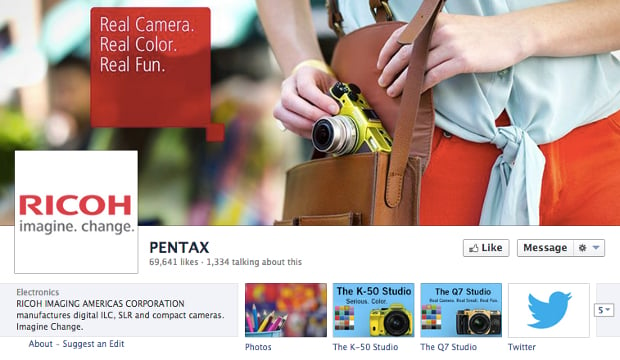 For more info on the name change, check out our previous coverage by clicking here. And if you want to confirm the change, head over to your country’s Pentax website and see for yourself.

Photog Turns His DSLR Monochrome by Swapping Out the Sensor

We Are Unlike You is a Modeling Agency that Looks for Characters, Not Models