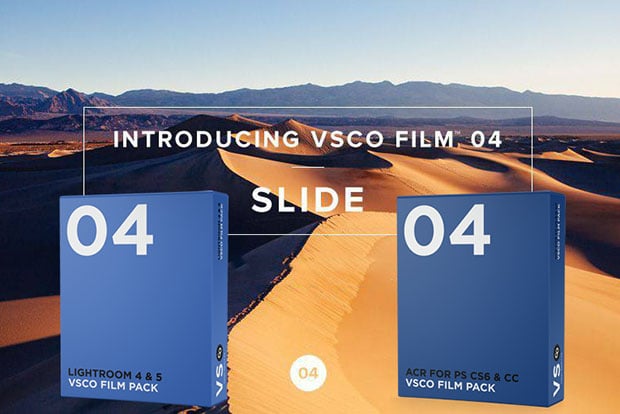 VSCO is expanding its popular line of film emulation presets/profiles yet again. The company has announced Film 04, a new pack of emulators that help photographers recreate the look of various slide film stocks in digital photos. It’s “the most authentic film emulation available,” the company says.

The software is available for Lightroom (4/5) and Adobe Camera Raw in Photoshop (CS6/CC). Once you install the software, adding a look that imitates the high contrast and bold colors of positive film is just a couple of mouse clicks away.

As with the other presets and profiles in the VSCO Film line, Film 04 is specifically tailor-made for individual cameras, which creates higher quality results when compared with other “camera agnostic” preset packs. The list of supported camera brands has also grown: Film 04 has profiles for Canon, Nikon, Sony, Fuji, Olympus, and Leica cameras.

Here are some sample photographs showing digital photos look like when Film 04 is applied:

Liquid Jewels: Photos of Paint-Covered Balloons Milliseconds After They Pop