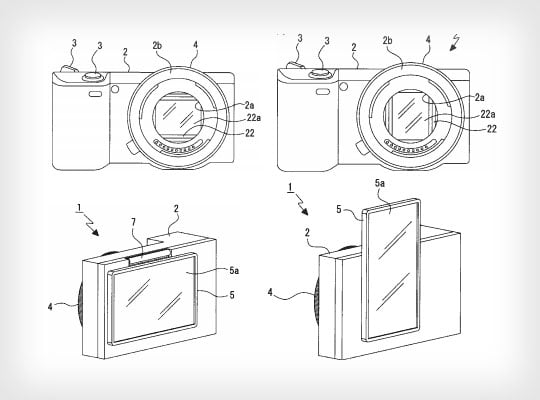 Want to shoot portrait-orientation photographs while holding your camera in landscape mode? Sony appears to be tinkering with a way to do just that.

A patent published by the company at the beginning of this month describes a camera that has a sensor that can rotate independently of the camera. The patent also describes a system in which the LCD screen on the back of the camera can rotate in an identical manner, and can control the orientation of the sensor within.

If this technology ever gets implemented in a real world camera, changing the orientation of shots won’t require any rotating of your camera itself. Simply rotate the LCD screen to the angle you’d like, and the resulting photograph will take on that orientation. Need to snap someone’s portrait with a vertical orientation? Just grab your LCD with your left hand and turn it 90-degrees (see in the illustration at top).

The usefulness of a rotating sensor goes beyond interchangeable lens cameras — it’d be useful for smartphones as well. Being able to shoot or film in landscape mode while holding the phone upright would definitely be one step toward addressing Vertical Video Syndrome.

(via Egami via Photo Rumors)