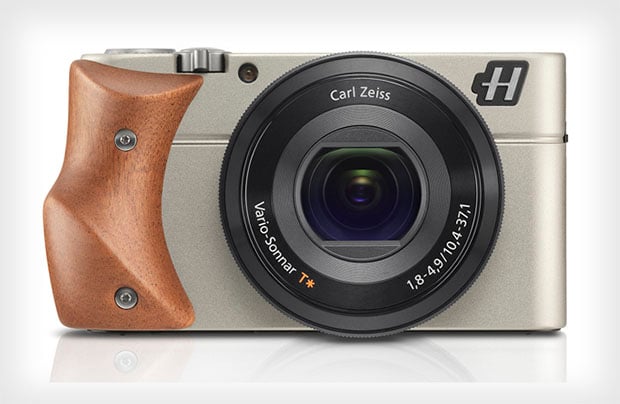 From the moment of its announcement, Hasselblad’s Stellar camera’s purpose has been controlling the damage done by the same company’s Lunar crash landing. The latter camera is (was?) a ridiculous thing as noted in my Hasselblad Lunar review.

In addition to catching up on Hasselblad’s lost dignity, the Stellar also needs to introduce as little damage as possible. After all, the Sony RX100 camera that the Stellar is based on was already discontinued at the time the Stellar was launched, but the latter’s price is almost $2000 (~€1500). That is more than 2.5X the price of the RX100 successor, the RX100 II.


Like the Lunar review, this Stellar review takes a look at what Hasselblad has done to enhance the supposedly vanilla aesthetics of the Sony RX100. I had the opportunity to take a look at two configurations. Like the Lunar, the Stellar also offers options for customisation. 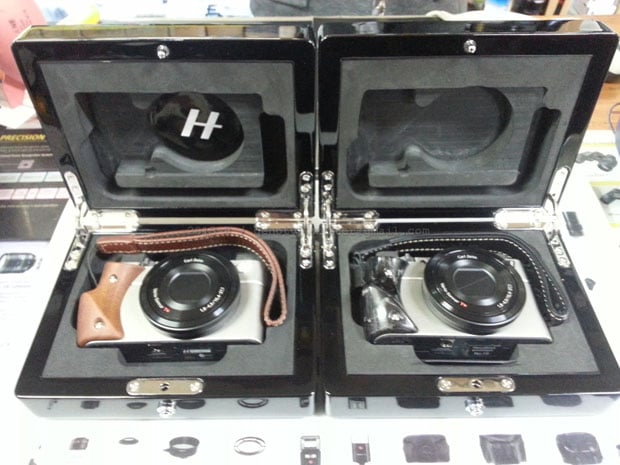 Usually I roll my eyes about things like boxes but the Stellars’ boxes are beautiful. If the box didn’t have Stellar written on the lid (see first image on this page), the box can justify at least a little bit of the final cost. Only time will tell if having ‘Stellar’ written on it will make things more desirable. 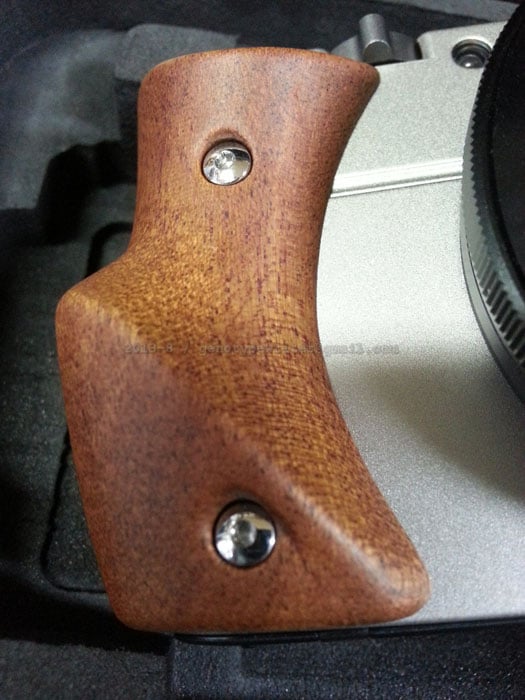 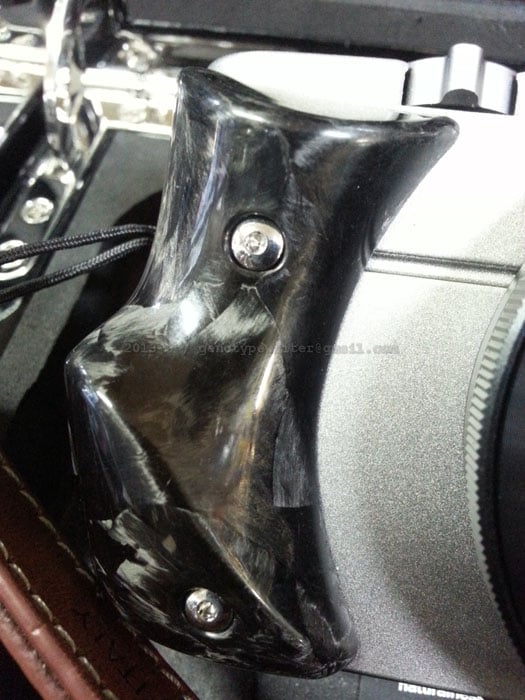 The grip is possibly the most prominent feature of the Stellar and it doesn’t do a bad job. The Lunar’s grip was universally ridiculed for looking strange and even “phallic” as put by some. Both of the grip options looked good. Perhaps these new Hasselblad fittings are better suited for smaller cameras than larger ones.

In the smaller size, the material of the black grip on the right (above) makes one want to have a closer look whereas on the Lunar you can see the whole pattern from afar because of its massive features. What does everyone think about the screws? I can’t tell if the cameras are better with or without them. 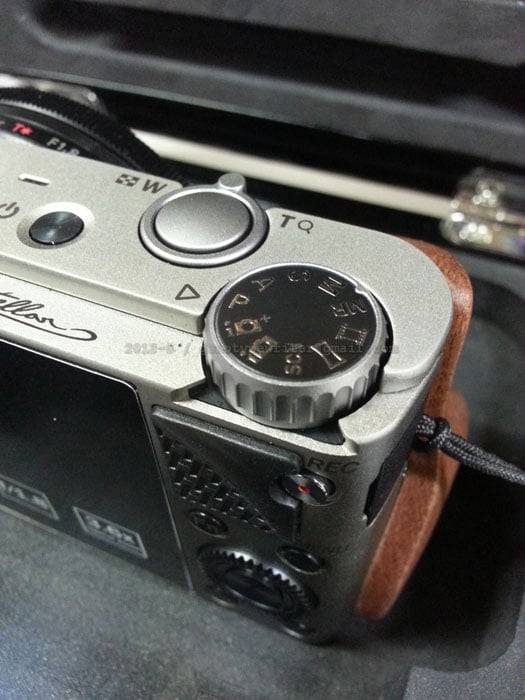 The top dial looks similar to the Lunar as well and the construction is the same or better. Still, I think the camera can do with less chrome text and icons. Afterall, this is the only place on the entire camera body where chrome is used. It’s clear that Hasselblad’s designers didn’t go with the less is more design philosophy.

One of the most important things to note is how the Stellar’s body is made in comparison to the Lunar body. While the latter seems merely a housing over an existing Sony body, with buttons, the LCD and battery area buried inside the bulky Hasselblad cover, the Stellar seems to do it right (i.e. it seems to replace the original Sony housing with the Hasselblad one).

While there was no RX100 to compare side-by-side at the time (because it is now long discontinued), the Stellar buttons and dials are easily reachable without the need for the long finger nails that a Lunar user would likely have. 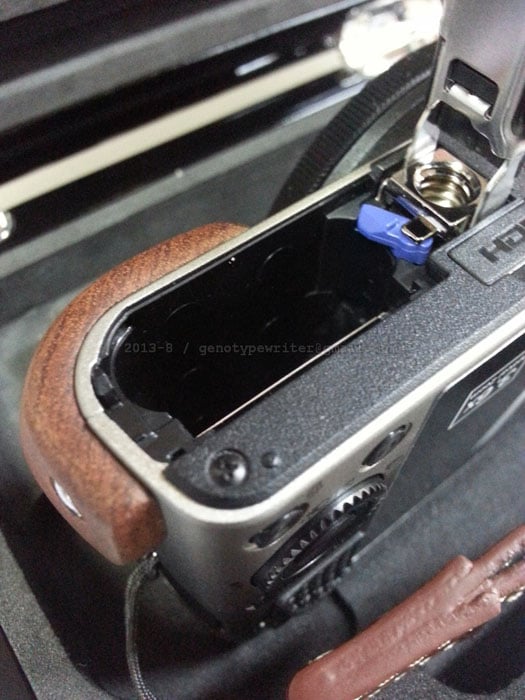 The battery compartment is a place that I look at when examining the construction of a body as it gives a cross-section view of the different outer layers of the camera housing. Here you can see the thin Hasselblad housing (gray). Hopefully they can do without the blue latch in the final production versions because the camera has a lot of different colours as is. 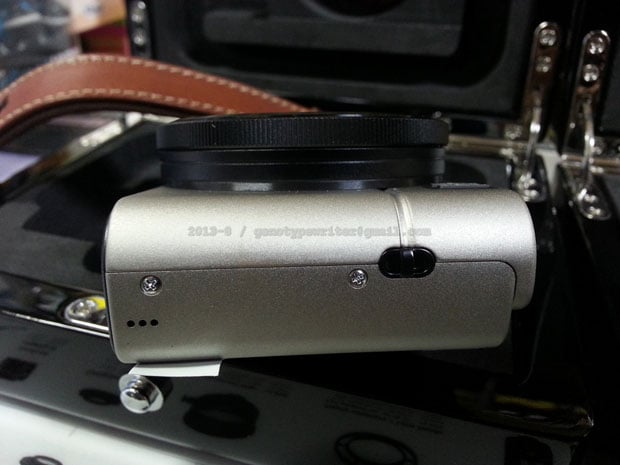 In the side-view of the body above, you can see nice neat lines. Again, I’m puzzled by their use of screws that are different to the ones used on the grip. I have to ask, is there an option to customise these things, Hasselblad? 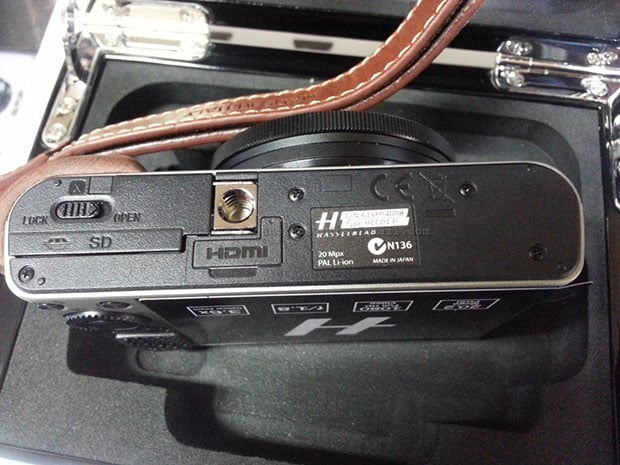 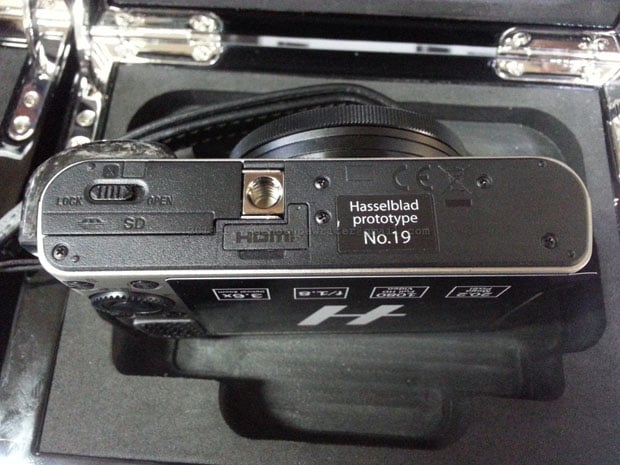 The Lunar I reviewed was a final-production model and not a demo. However, at least one of Stellar bodies were a demo model, as you can see from the sticker underneath. Another interesting difference between the Lunar and the Stellar is the mentioning of “made in Japan”. If you remember from the Lunar review, the camera had “made in Sweden” written on the underside. It all makes sense, really… the Stellar is the whole camera of which most parts were made by a Japanese company and the Lunar is just a housing made entirely in Sweden! 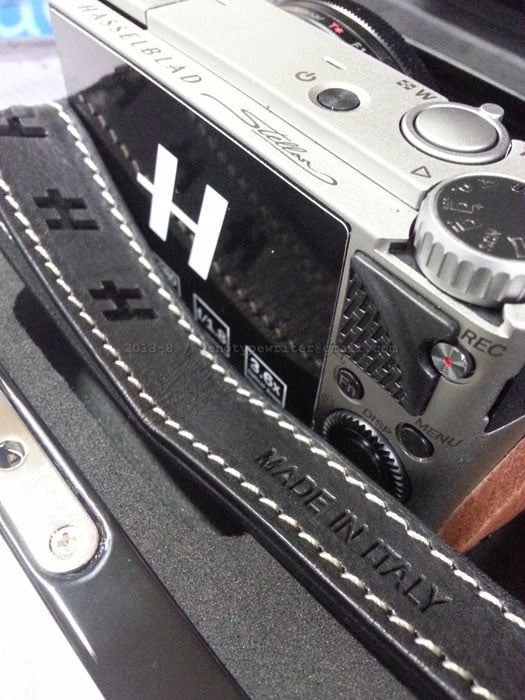 The strap that comes with the cameras don’t look too bad either. Made in Italy this time. Hasselblad should become a fashion house and make luxury straps and cases for cameras.

The unavoidable question is whether all this is worth it when you are paying $2000 for a discontinued camera which is the Sony RX100. The RX100 had immense popularity due to its relatively large sensor and versatile lens. The RX100 II is newer and has improvements on paper but out of these there’s very little that will show up in every photo that you take. So if you’re looking for a unique look in a good pocket camera like a RX100/RX100 II, the Stellar will get you that, if you can afford it.

If you’re an investor and if you’re wondering if this is something that is worth getting then the answer is easy: no. There’s no doubt that the internals of these cameras were made no differently to how regular Sony RX100s were made. I haven’t contacted Sony for this but it’s a good bet that they weren’t expecting the lifespan of a RX100 to be even 15 years, which is the time when things become borderline collectible.

The original Leicas had to go to wars and 6×6 Hasselblads had to work on the moon for them to get the recognition they first achieved. They became even more popular when they inspired photographers to do their best. Does anyone see a Lunar or a Stellar doing any of these ever? I think it’s more likely that these Hasselblads will become Sony collectibles one day, instead.

You can find my other reviews and articles on my blog and on Flickr. These cameras can be seen at or ordered from Camera Lane, Melbourne.

About the author: Geno W is a blogger who writes about photography. Visit his website here. This article originally appeared here.