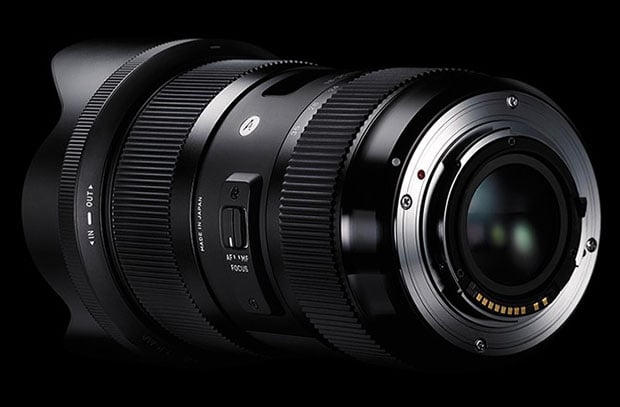 Sigma has been on a tear as of late. Since late 2012, the company has put out a highly regarded 35mm f/1.4 lens, a novel USB dock that lets you calibrate lenses at home, and a revolutionary 18-35mm lens with a constant f/1.8 aperture (shown above).

It appears Sigma is only just getting warmed up: new rumors suggest that Sigma may be building a 24-70mm zoom lens for full frame cameras that boasts a constant f/2.0 aperture.

Canon Rumors is hearing from a new source that Sigma is developing a 24-70mm f/2.0 OS HSM lens for full frame cameras (the 18-35mm f/1.8 was designed for crop sensors). This would be huge news; do a search for “24-70mm” on any online gear store and you’ll see that the largest fixed aperture currently available for this range is currently f/2.8.

This new Sigma lens — if it indeed exists — would offer an additional stop of light over its highly acclaimed (and pricey) competitors.

What would be even more amazing would be if Sigma manages to keep the lens (relatively) small, light, and affordable. The Olympus 35-100mm f/2.0 for 4/3 sensor cameras costs $2,499, is over 8 inches long, and weighs nearly 3.3 pounds.

As for availability and announcement date, the Sigma 24-70mm f/2 may not be very far off: Sigma is said to be preparing to announce the lens at Photokina in September 2014. Stay tuned — this could be a big one!