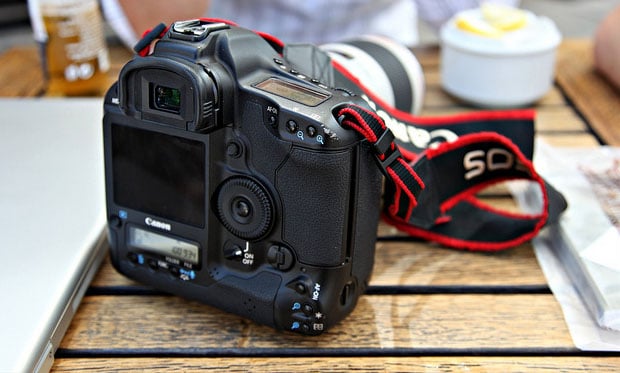 The megapixel war appears to be alive and well. The rumor mill has been churning the past weekend after a report emerged that Canon is in the process of field testing a DSLR camera that packs a whopping 75+ megapixels.

Eric Reagan over at Photography Bay writes that he received the tip this past Saturday from a trusted source:

[…] a pre-production high resolution Canon DSLR is currently undergoing field testing. The camera is a pro-sized body like the 1D X. The resolution of the sensor is greater than 75MP. Wow.

Rumors of prototype high-megapixel Canon DSLRs have been floating around for quite some time now. In September 2012, it was said that Canon was field testing a 46MP DSLR, but a report the following month suggested that there are prototypes packing “well over 50 MP.”

Photography Bay‘s source is also saying that the uber-high-MP DSLR will have an ultra-high-resolution LCD screen on the back, and may have a frame rate that’s even speedier than the Canon 1D X (thanks to one or more new image processors found in the camera).

There may be an official announcement for this camera by the end of 2013, but the actual release may not come until sometime in 2014. Canon Rumors writes that they also believe that a high-MP Canon DSLR will be arriving sometime next year.