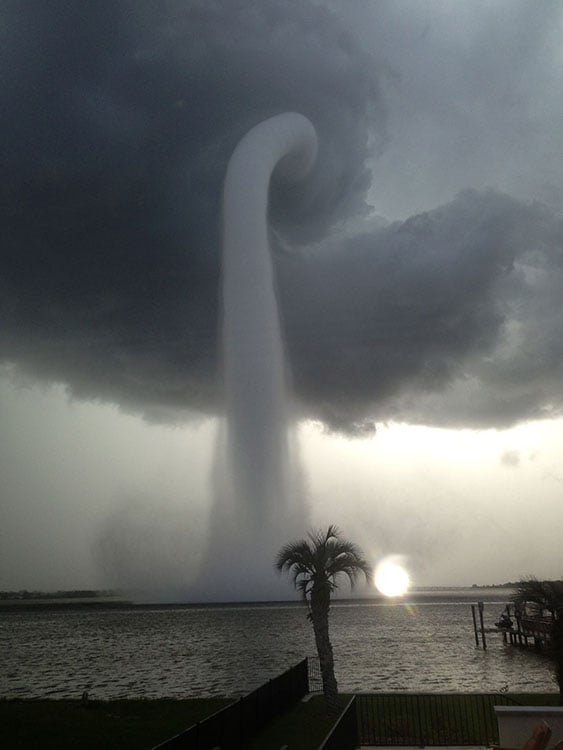 Check out this incredible photograph of a waterspout, a type of tornado that forms over a body of water. That’s a huge column of condensation rising up from Tampa Bay into the clouds above. The photo was captured last Tuesday (July 9th, 2013) by 22-year-old Joey Mole in Tampa, Florida (here’s a larger version).

Mole tells us that it had been a sunny day with beautiful weather. That changed quickly when the clouds started forming and the skies started darkening. One hour later, the waterspout formed in the bay and began moving towards Mole’s house. It was a near miss, passing about two houses away.

Luckily for all of us, Mole pulled out his iPhone 5 and began capturing views of the waterspout as it moved across the water. Here are some videos he captured (note: there’s some strong language):

NASA writes that the Atlantic Ocean off the coast of Florida is the most active area in the world for waterspouts — hundreds of them form in the area every single year. Interesting fact: some people think the mystery of the Bermuda Triangle has to do with water spouts.

Image credits: Photo and videos by Joey Mole and used with permission

Rumor: Sony to Launch a Revolutionary Lens with a Built-In Sensor