Niagara Falls is (or rather are) a sight to behold, and while capturing the falls from a boat or one of the overlooks is impressive enough, why not take to the air? That’s what YouTube user questpact did, creating the video above using his DJI Phantom quad-copter and GoPro Hero 3.

Although they’re not particularly tall, every minute (on average) about four million cubic feet of water makes its way over the crest line of Niagara Falls. Located on the Niagara River and serving the natural purpose of draining Lake Erie into Lake Ontario, the combined falls that make up Niagara boast the highest flow rate of any waterfall in the world. 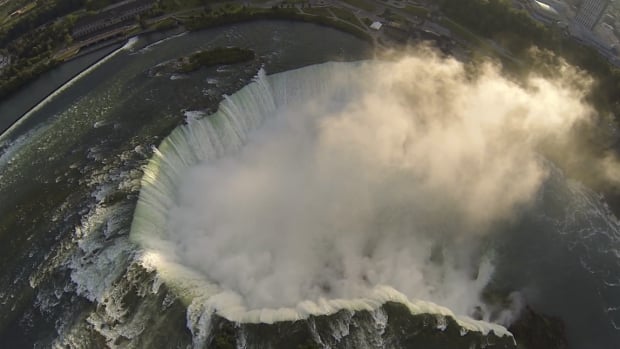 Given all of this, questpact thought it would make for a great entry into the DJI Phantom Video Contest, and so he packed his gear and headed that way. The only problem was, when he got there he found the day overcast. And while the sun did ultimately peek out for 20 merciful minutes, he then had to deal with some technical difficulties when his 7th channel level broke right as the sun came out.

Fortunately, none of that seems to have stopped him, and he was able to spend the 20 minutes capturing some beautiful aerial footage of the falls that he then set to the song “The In-Between” by the band A New Normal and uploaded for our viewing pleasure. Check out the video at the top and let us know what you think.

Silent Changes: The Subtle Modifications Made to Camera Gear Over Time