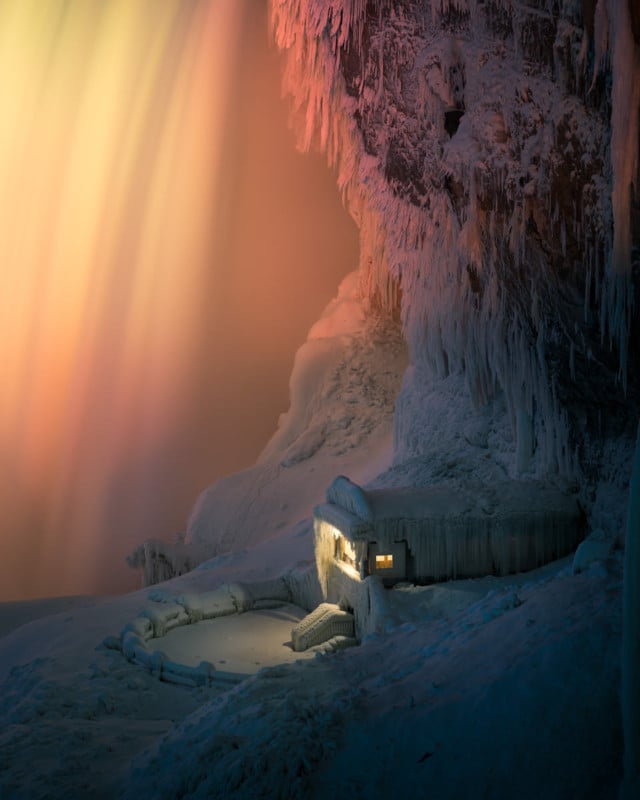 Toronto-based photographer Adam Klekotka visited Niagara Falls earlier this month in freezing temperatures and was amazed by the look of the falls, which were illuminated by color lights that made the scene look like “fire and ice” on a different planet.

“What you can see in the picture is an observation deck on the Canadian side of the Niagara Falls,” Klekotka tells PetaPixel. “There were two weeks of the extreme cold weather lately. According to the news, Canada was colder than Antarctica and even colder than the surface of Mars.

“I thought it was a good idea to see Niagara Falls for the first time during the winter and the first time at night. When I arrived there, I was amazed by the big icicles around the falls. Additionally, the whole place is illuminated at night.

“The light show, combined with ice, gave a perception of being on a different planet. A very cold planet.”

Here are a couple of other photos by Klekotka that show what the same scene looks like when zoomed out a bit: 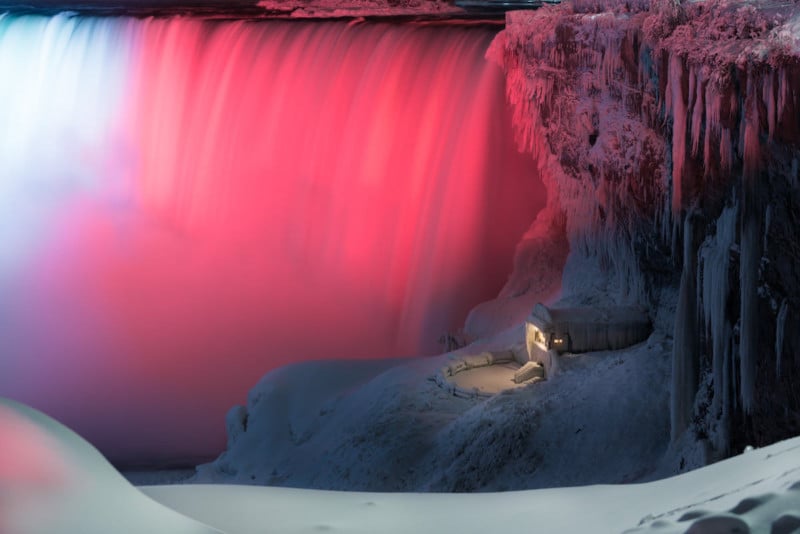 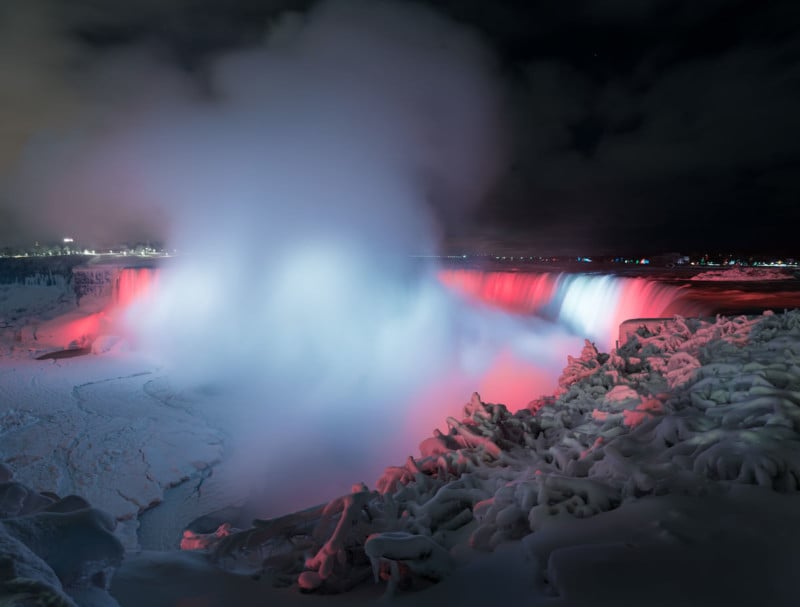 You can find more of Klekotka’s work on his Instagram.

One Photographer’s Switch from Canon DSLR to Fuji Mirrorless