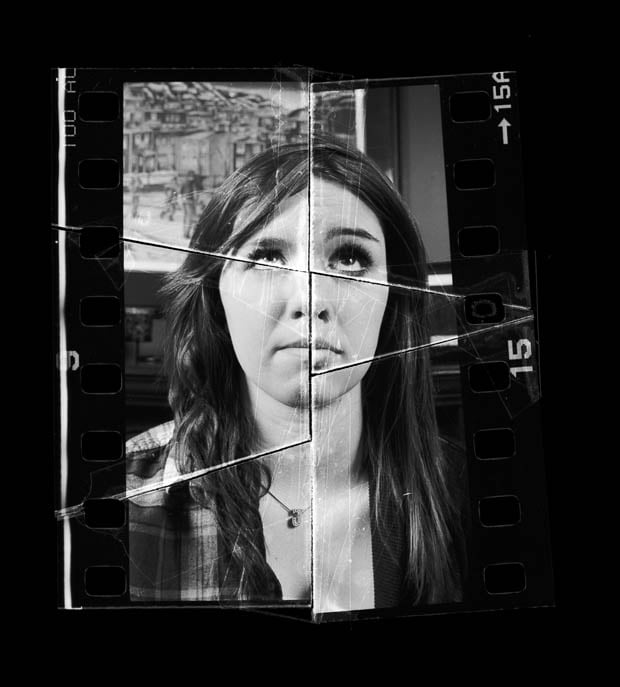 Back in 2011, we shared a series of “Genetic Portraits” by photographer Ulric Collette that showed portraits of various family members spliced together to show the similarities and differences of those who share DNA.

Photographer Andrew Ryan did something similar for his project Base Pairs, except he ventured along the analog route instead of going fully digital.

The Gyeonggii-do, South Korea-based Canadian photographer shot portraits of a number of siblings using black-and-white film. He then developed the film, scanned the negatives into his computer, and spliced them together digitally to create each final composite image.

This is one of a number of Ryan’s projects that focus on “eliminating and blurring the boundaries between digital and analogue photography.”

The genetic theme is a result of the photographer’s background as an only child. “Having an obviously limited gene pool, it has been natural for me to analyse the likeness of various siblings to each other,” Ryan says.

Some of the composites clearly show two different people — the one of Alexa & Tayah above, for example — while others, like the “Ron & Dave” one below, are less clear.

Here’s what a few of the images look like when they were featured in an exhibition: You can find more of Ryan’s work over on his photography website.

Base Pairs by Andrew Ryan (via Photojojo)

Image credits: Photographs by Andrew Ryan and used with permission

On the Unintended Power of David Eun’s Asiana Crash Photo