Time-lapse videos are all the rage these days, but the one above is unlike any that have ever been made. It shows an ancient Egyptian statue spinning around in a glass on its own.


The statue in the time-lapse is a 10-inch tall figurine of Neb-Senu found at the Manchester Museum in Manchester, England. Dating back to 1800BC, the statue was first added to the museum 80 years ago, and hasn’t been moved by human hands since.

However, curators at the museum recently noticed that the statue had turned in its case. All of the employees denied touching the statue, so the museum decided to point a camera at the figurine and capture photographs over a week to see if they could determine the cause. 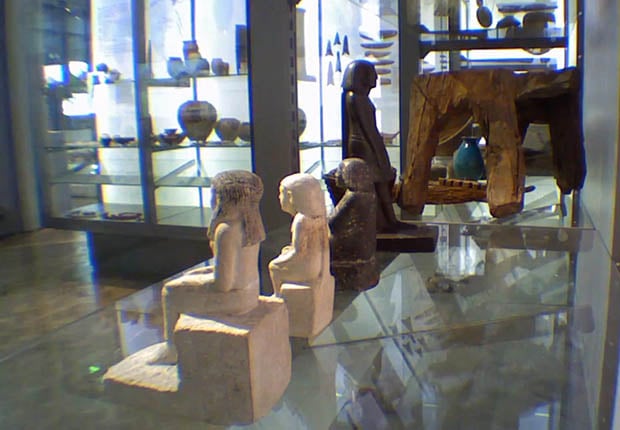 After a week, they took the images and compiled them into the time-lapse video above. What they found—and this is a bit creepy—is that the statue appears to move entirely on its own, and only during the day. As long as the sun’s out, the statue turns so slowly that human observers don’t notice it. When the sun goes down, the movement stops.

Some people attribute the turning to an ancient Egyptian curse. Others believe it’s caused by the tiny vibrations of museum visitors walking around.

Whatever the cause, the mystery sparked by this time-lapse video has caused it to go viral online. Since being uploaded late last week, the video has already attracted nearly one million views as well as numerous articles in the media.