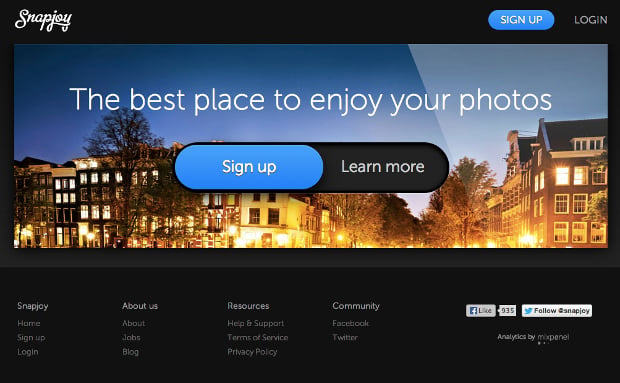 Back in December, Dropbox acquired the photo storage service Snapjoy, seemingly getting ready to jump head first into the cloud sharing battle. At the time, the announcement on the Snapjoy blog rang with excitement, and even though they weren’t going to be accepting new signups, they promised that “your photos are safe!”

Well, not anymore. As of yesterday, Dropbox has officially decided to shut down the service — a decision that was confirmed by Snapjoy on its blog and through an email to all of its remaining subscribers. 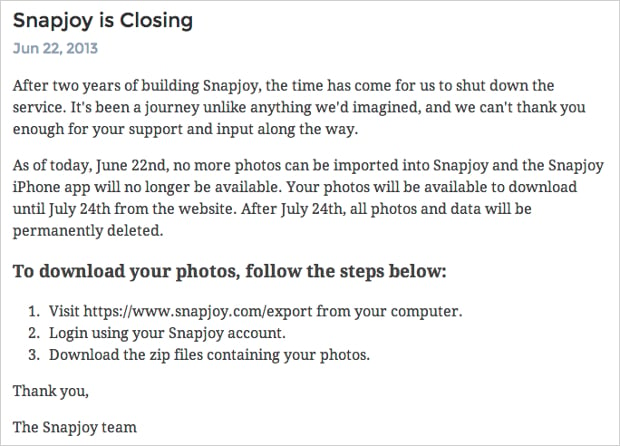 Before its acquisition, Snapjoy was a half aggregator, half storage site. It would pull your photos from the myriad services and devices they were stored on and collect them all in one place. As Dropbox continues to make moves into the photo storage and sharing game, the acquisition made sense.

The reasons behind Snapjoy’s untimely end, on the other hand, are less known. It’s possible (even likely) that the Snapjoy code and employees will be behind a forthcoming photo-centric update to Dropbox, but it’s unfortunate for Snapjoy users that the service has to be shut down before that update comes about. 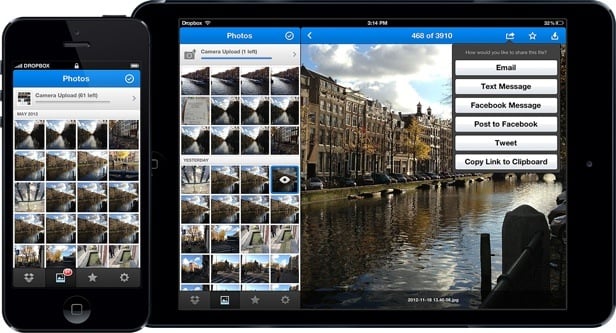 As you can see from the announcement above, Snapjoy users have just over a month to log in to the service and download a .ZIP file with all of their photos before the entire service goes down and your pics along with it. It just goes to show, when it comes to the cloud, your photos are only as secure as the company in charge of them.

Out With the Old, In With the New: Photos that Show the Modernization of China