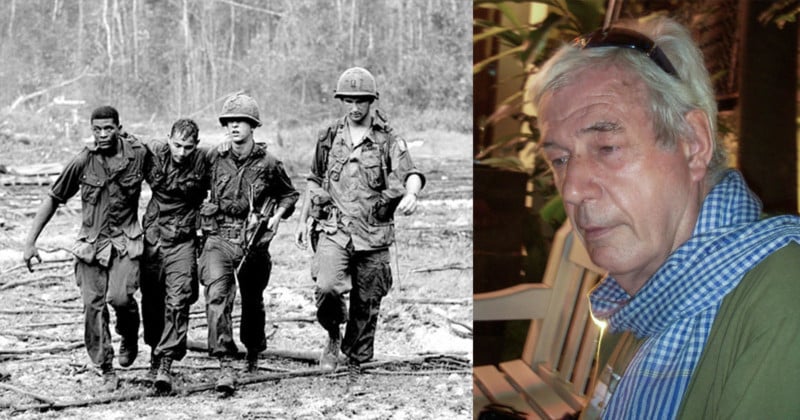 Fellow journalist Ben Bohane tells CNN that Page had been suffering from liver cancer and passed away at his home in New South Wales.

The British press photographer is best known for his coverage of the Vietnam War which he began documenting in 1965 at 20 years old.

Page risked his own life to get close to the action, and was badly wounded four times while on assignment. However, his photos were published extensively, including in the Washington Post and Life magazine.

In September 1965 he was struck by shrapnel in the legs and stomach while covering the Vietnam War, in 1966 he received more shrapnel wounds during the Buddhist riots.

In August of the same year, the boat he was traveling on was mistaken for a Viet Cong ship and U.S. Air Force pilots repeatedly machine-gunned the vessel leaving Page adrift in the sea.

In April 1969, a nearby sergeant stepped on a mine and sent a two-inch piece of shrapnel into the photographer’s head which led to extensive neurosurgery. Page’s colleagues joked that he would never make it to the age of 23.

Page has openly admitted in his memoir Page After Page that he would consume drugs between field assignments and his gonzo personality was partly the inspiration for Dennis Hopper’s character in Apocalypse Now.

Page believes that war photographers such as himself may have changed the course of the Vietnam War.

“I can say without a doubt the coverage did affect public opinion. Any war picture is an antiwar picture,” he told Vice in 2013.

“I think it was the first and last war that has ever been reported totally openly. There had never been that kind of instant coverage of the conflict.

“I’m not saying photography stopped the Vietnam War, I think it contributed to swaying public opinion,” he said.

“It seemed to have a creeping effect on the American psyche when virtually every small town had somebody coming home in a coffin. It forced it to an end or helped it come to an end.”

Page admitted to The New York Times in 2010 that the grisly war had taken a toll on him.

“I don’t think anybody who goes through anything like war ever comes out intact,” he said at the time.