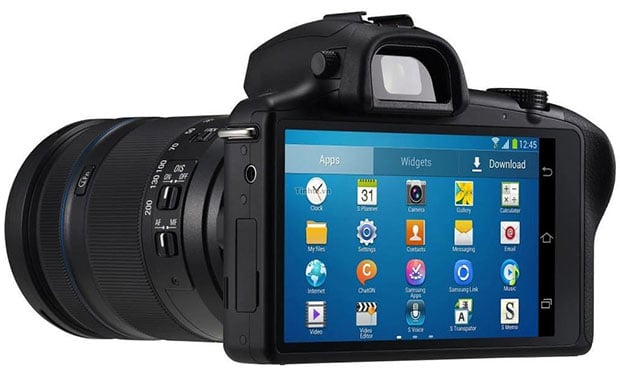 We reported earlier today that Samsung’s CEO recently said that his company’s next “mirrorless” camera would be Android-powered, but that it wasn’t clear whether it would actually be an interchangeable lens NX mirrorless camera or simply a point-and-shoot. Turns out it’s the former.

Photographs of an upcoming Samsung Galaxy NX leaked onto the web today, confirming that Samsung will soon be launching an Android-powered mirrorless camera. A closer look at the back of the camera reveals that there’s not much there as far as physical interfaces go (e.g. buttons and dials): 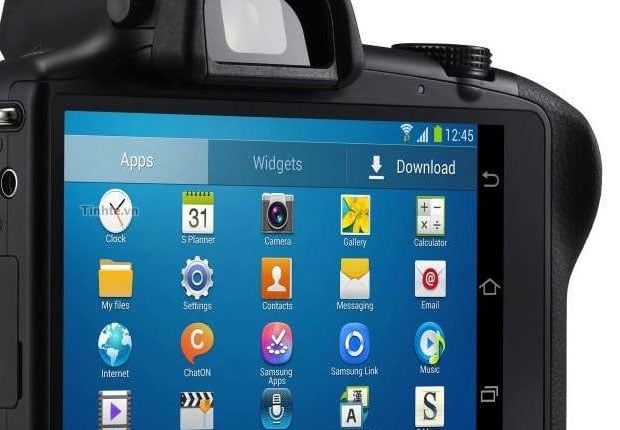 The camera is rumored to pack an Exynos 4 Quad-Core processor, and feature 2 gigs of RAM and 16 gigs of onboard storage. It’s also said that there is a 20.3 megapixel APS-C sensor inside the camera that has a max ISO of 25600 and can record 1080p Full HD video. By comparison, the Samsung Galaxy Camera smartcamera (a point-and-shoot) that was announced in 2012 features a tiny 1/2.3-inch sensor. 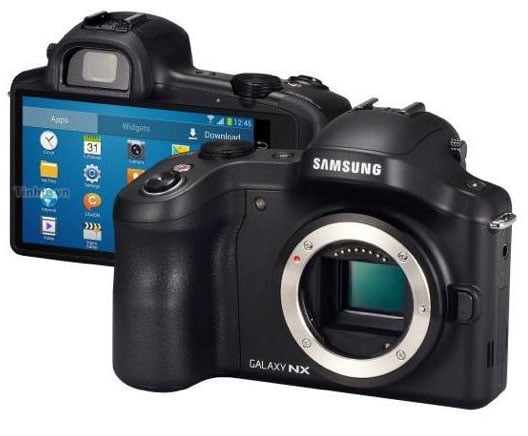 If you have an existing set of NX lenses, you’ll be able to transition to this Galaxy NX camera without any problems. The new mirrorless camera is essentially a fusion between a smartphone and an NX mirrorless camera — you’ll enjoy wireless connectivity and Android apps coupled with a large sensor and an NX lens mount.

The price of the new camera is rumored to be €1,000, or around $1,300. An official announcement should come on June 20th (a week from today) at a special Samsung launch event in London. Stay tuned.

(via tinhte via Mirrorless Rumors)

Equipment, Mobile, News, Rumors
android, galaxynx, leak, leaked, leakedphotos, mirrorless, samsung, samsunggalaxynx
Related Articles
Discussion
Trending Articles
Crocodile Dad Gives Over 100 Babies a Ride on His Back
May 15, 2022
Great Grey Owl Lands on Wildlife Photographer’s Camera
May 11, 2022
Billions of Fireflies Light Up Indian Tiger Reserve
May 14, 2022
Camera Films Itself Getting Launched Out of a Centrifuge at 1,000mph
May 07, 2022
Ukrainians Say Russia is Still Tracking Their Drones with DJI AeroScope
May 13, 2022