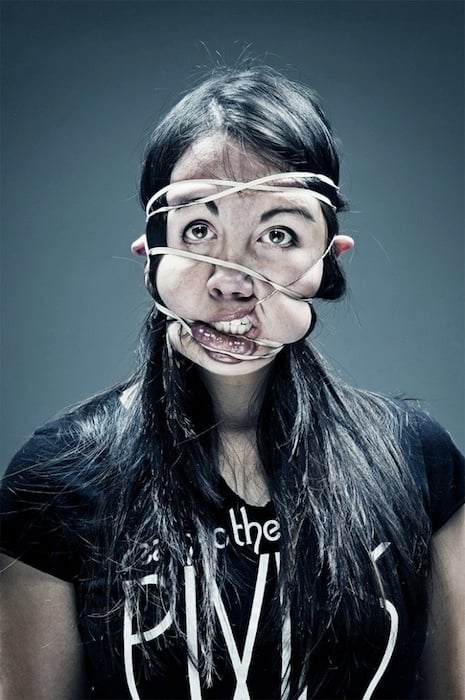 That photo series — which was featured all over the Internet — instantly went viral, but after a time, the question Naman started getting asked most often was “what’s next?” His Rubber Band series is the answer to that question.

Similar to his Scotch tape series, it’s all portraits of curiously contorted faces. Only this time Naman decided to put an additional spin on the idea. Since he was using rubber bands, he decided to only photograph people from popular Albuquerque bands wearing theirs or another band’s t-shirt.

The resulting photo series is both interesting and a bit painful to look at, but Naman hopes that it will attract as much attention as the Scotch tape series did: 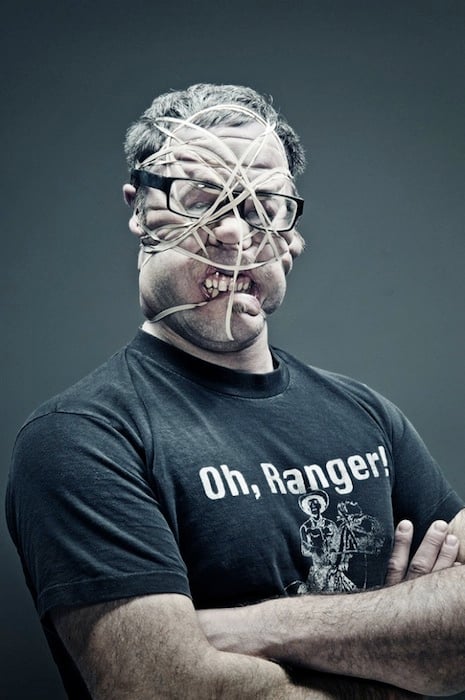 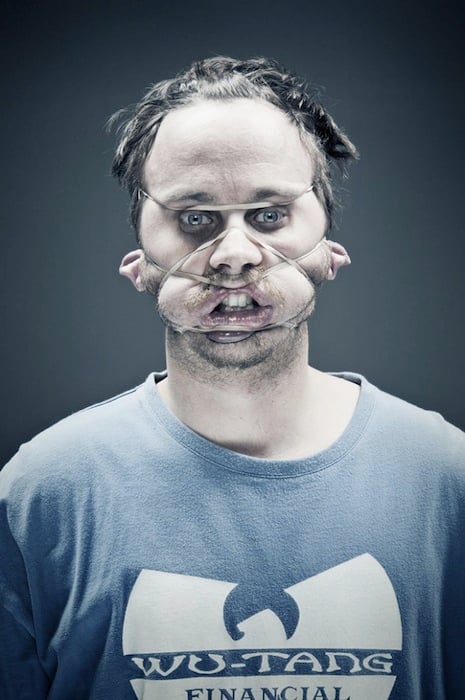 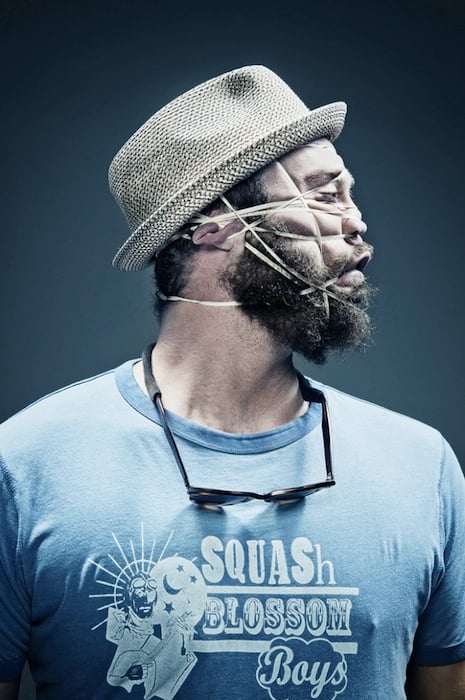 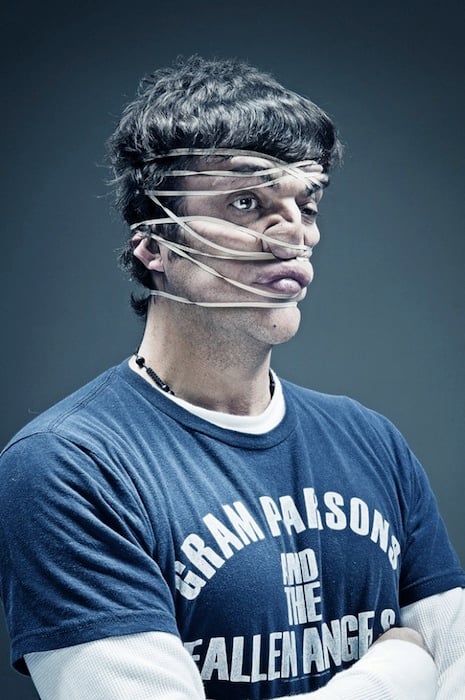 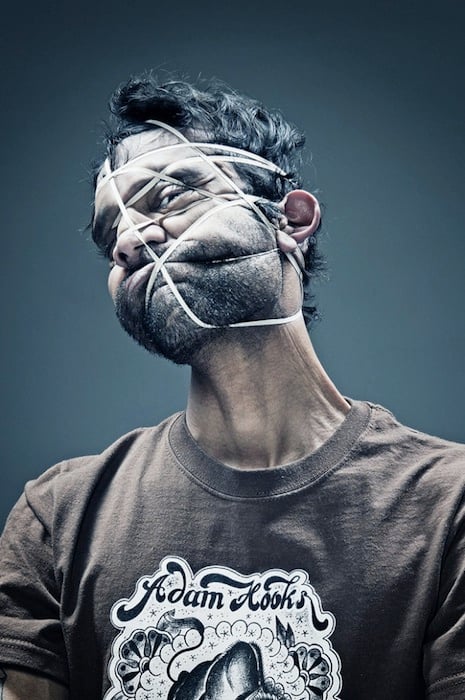 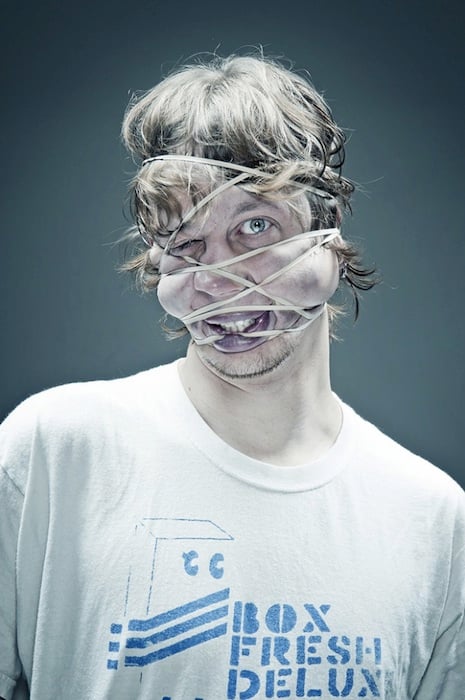 And just in case you want to see what this strange photo shoot was like behind the scenes, Naman enlisted the help of Conceptflux Media to create a BTS video just for you:

In addition to the attention he hopes his photography business will receive from the series, he’s also hoping that Rubber Bands will shed some light on the thriving Albuquerque music scene, which includes many friends of his.

“Even if we get half the viewers we got with Scotch tape, and even if half of that half listens to the music, it’s still a good way to get it out there,” said Naman, speaking with Wired about the city’s often-overlooked talent. “I’m hoping it gives Albuquerque a little bump, the Colbert bump if you will.”

To see more rubber band photos from Naman, or possibly re-visit some of the Scotch tape photos we know and love, head over to his website by clicking here. You can also find the collection of photos over at TandemStock.com.

Image credits: Photographs by Wes Naman/TandemStock.com and used with permission.

These $2.50 DIY Sandbags Will Keep Your Light Stands Steady on the Cheap