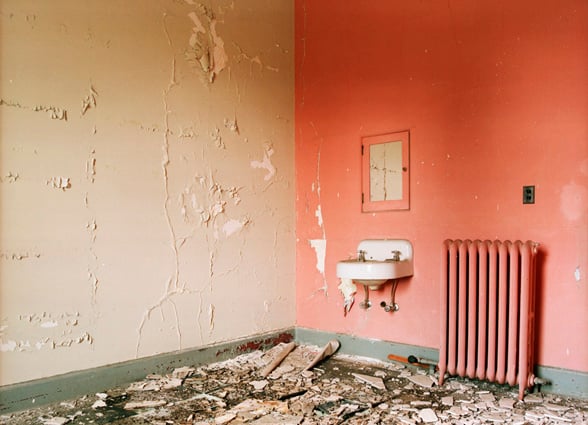 There is something eerily unsettling about old hospitals, even more so when a portion of that old hospital is abandoned and once housed psychiatric patients.

Jack Nicholson fans will recall this as the filming location for the Academy Award-winning movie, “One Flew Over the Cuckoo’s Nest.” Although much of the hospital is still in use, certain wings have been closed due to deteriorating conditions, and David Maisel does a wonderful job at walking us through those wings. It’s a creepy walk, to be sure, with photographs of peeling paint, broken tiles and abandoned rooms still holding the memories of things long forgotten. 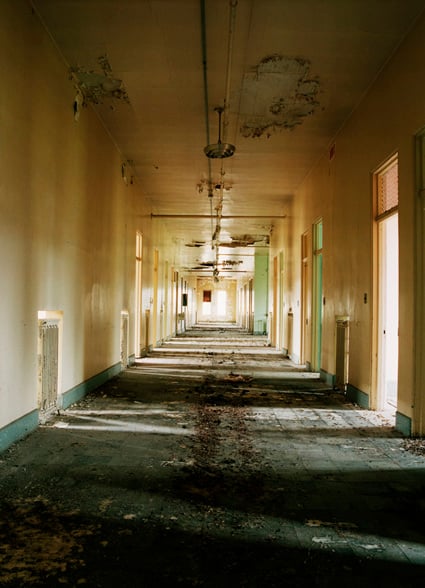 I love this kind of stuff. Old buildings have a soul and photographs like David’s breathe life into them again. The images tell you enough of the story to give you a base, leaving your mind to make up the rest, to fill in the blanks. For each of us, how we fill in those blanks say more about US than the building itself.

And while all of the images are compelling, his series entitled “Canisters,” took me back a bit. It actually had me wincing at the computer screen, for the series features copper canisters, each containing the unclaimed cremated remains of former patients who died at the hospital between the years of 1883 and the 1970s. 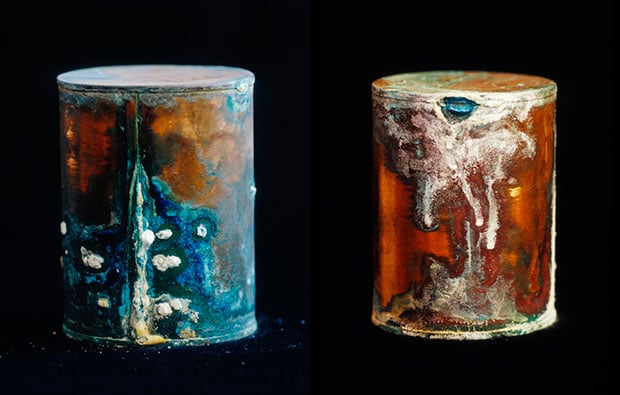 Now, the thing about these canisters is that they are beautiful. Copper undergoes a chemical change when exposed to certain elements. I don’t know why or how; chemistry class was many years ago and I am not Bill Nye the Science Guy.

But the chemical reactions, corrosion, really, have resulted in a kaleidoscope of color, turning plain copper canisters into things of beauty: turquoise and bright orange, trickles of white amid swirls of vivid blues. Some almost have a feel of the sea, with waves of blue cascading into one another.

But the thing that took me back the most was one of the canisters still had its label intact. 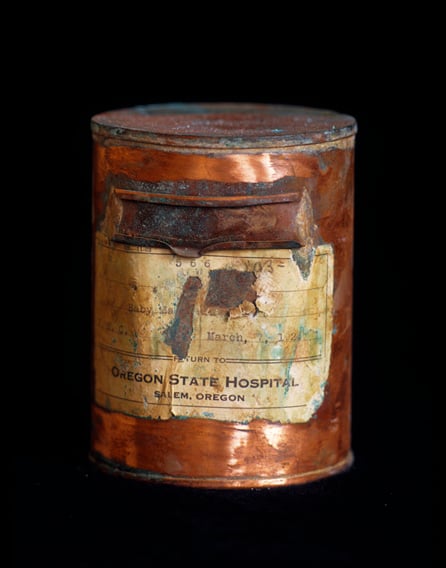 The cremated remains of an infant, scooped inside a copper canister and stuck on a shelf for almost 90 years. No one to claim it. No family to mourn its death. No one to remember. Just a corroded copper canister sitting on a dusty shelf, lost to the cobwebs of time.

And then I realized, somebody DID remember. Somebody DID see value in that little life. And that same person took out his camera and he photographed it… so that all of us could remember, too.