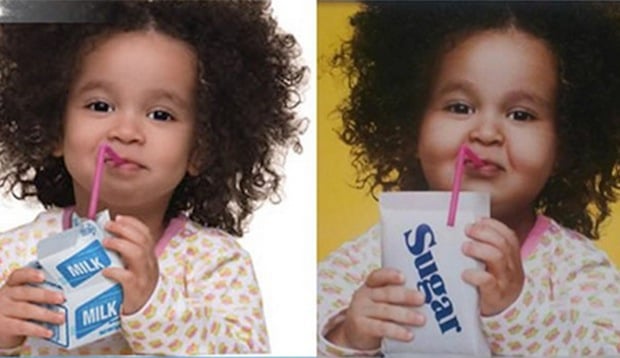 The California government health agency First 5 was created to help “nurture and protect our most precious resource — our children.” As such, one of their programs aims to stop childhood obesity by reaching out to parents and educating them about proper nutrition.

The agency’s recent poster meant to show the dangers of sugary drinks, however, seems to have gone a bit too far, using Photoshop to make a healthy child look obese and drawing the ire of the public in the process.

In the image at the top, the original photo from First 5’s website is on the left, with the poster image now found all over California on the right. The two were placed side by side by author Marilyn Wann, who wrote the book “FAT!SO? : Because You Don’t Have to Apologize for Your Size” and believes in a Health at Every Size approach. 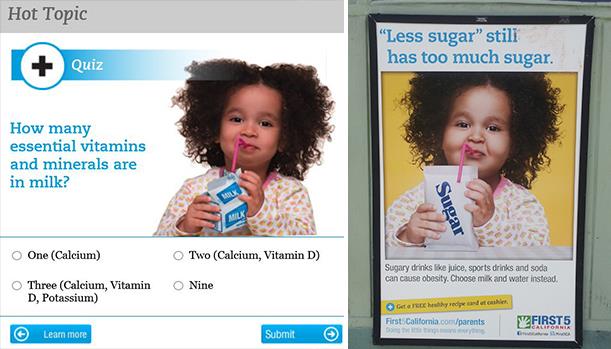 Wann put together the side-by-side comparison and posted it on her Facebook and Tumblr alongside the message that “children deserve to be protected from this kind of damaging fearmongering. (And from creepy Photoshopping!).” Other sources are calling this technique “fat shaming,” and pointing out that this approach has never proved effective in battling obesity.

For their part, First 5 still believes they’re doing the right thing. Speaking with MSN, First 5 spokeswoman Lindsay Van Laningham explains that the ad “was intended to show parents the real-life consequences of obesity and what sugar can do to our children’s lives.”