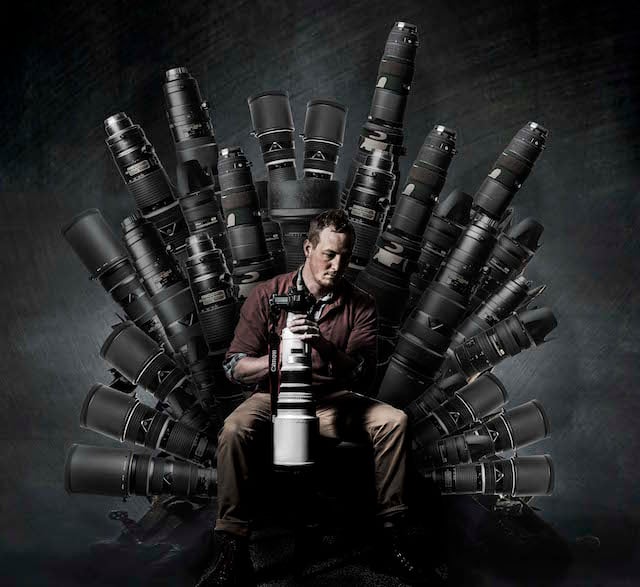 One afternoon, while hanging out with his coworkers at Bozeman Camera, photographer Tanner Johnson and his friend Beau Larson had an idea: they decided to recreate the Game of Thrones Season 1 poster with camera gear instead of swords.

From the Iron Throne to the Stark family’s sword ‘Ice,’ all of the sharp pointing things used to kill people were replaced with huge lenses to create an awesome photographic version.

As you can probably tell from looking at it — and given the sheer amount of gear that would be required to create that throne IRL — this image was helped along a good bit in Photoshop.

When we caught up with Johnson over email, he told us how the whole thing came together:

We saw the Game of Thrones poster and thought it would look sweet with all black long lenses behind him and use a large Canon lens as the sword. We were slow at the time so we did a portrait of Beau side lit with an SB910 against a white wall to easily cut him out. We then photographed a selection of our rental and used lenses and cut them out and copied them in Photoshop to create a layered throne.

The end result was better than we could have ever hoped for.

Here are all the reference images they used. You can see the final shot up top: 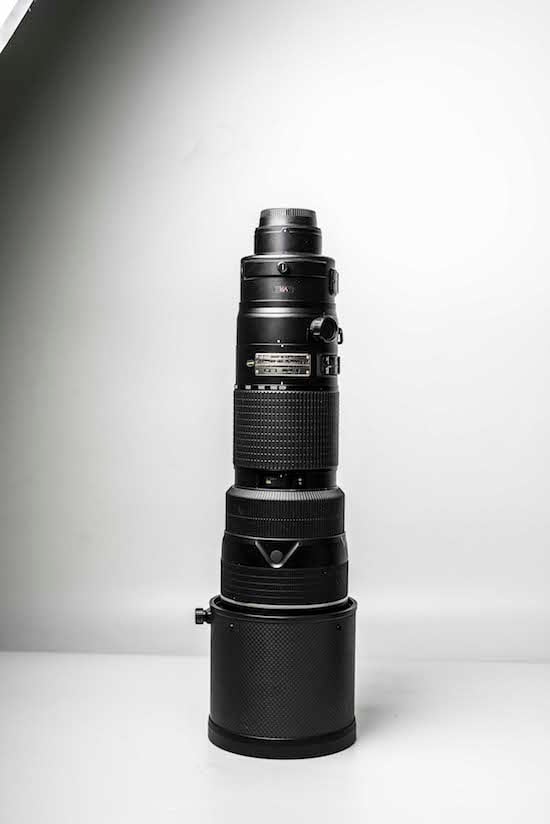 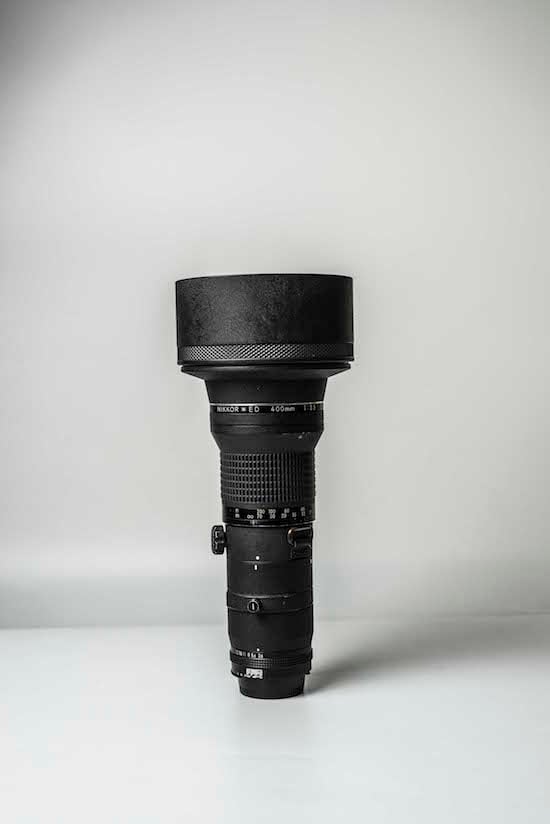 Johnson was responsible for the photography and Photoshop work, Larson stepped in as the model, and their colleague Brian Sorg was the lighting director. And while this isn’t the first time we’ve seen weapons replaced by camera equipment, we have to say, we loved this idea.

Image credits: Photographs by Tanner Johnson and used with permission

Photo Idea: Shoot Through Christmas Lights to Get a Holiday Bokeh Effect on the Cheap