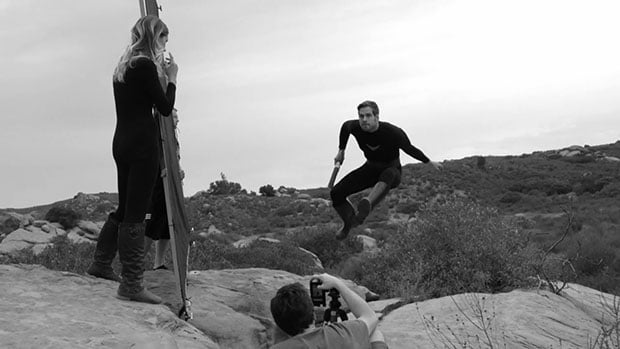 Photographer Dave Hill has launched the world’s first Instagram TV show, a science fiction series called Desert Friends. Created as “a side project with some friends,” the show comes in short 15 second episodes and is about three friends who “are warped to a distant galaxy and need to get home.”

Here’s one of the clips from the series (there are 38 of them so far at the time of this post):

Hill recently did a photo shoot to create a promotional poster for the show. His choice of tools was a bit unusual: instead of using the high-end photo gear he usually shoots with, Hill went with the same tools used to create the Instagram show, his iPhone 5, and VSCO Cam.

After shooting a number of photos of his actors and the surrounding landscape, Hill combined the photos in Photoshop into a single composite image. Here’s a behind-the-scenes video showing how it went down:

Here’s the final poster, photographed and composited by Hill: 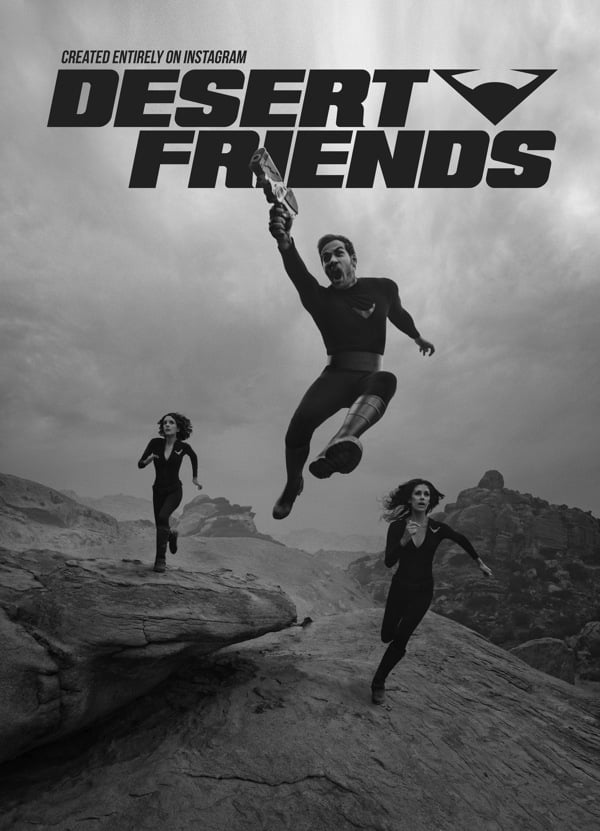 Hill tells us that the project was an exercise to see whether this type of image could be created with only basic photographic tools (VSCO Cam is a free app). His verdict: “I’m impressed with how well the iPhone holds up.”

Thanks for the heads up, David!

Image credits: Photo and video by Dave Hill and used with permission