A mysterious tech blog called Vizileaks appeared on the web yesterday and stirred up some excitement in the tech world by claiming to have gotten its hands on a Nokia “EOS” smartphone. The site’s “hands-on mini review” of the device features a number of photos and one video (shown above) that shows that the device features a mechanical shutter.

Vizileaks says that the optical focusing and image stabilization features of the phone can be seen in the short clip.

Part of the excitement surrounding this phone is the fact that Nokia is reportedly associating the name “EOS” with it. It may only be a code name used pre-launch, but the fact that the name seems to step on Canon’s toes has people talking.

Vizileaks writes that the main feature of the phone is the raise camera on the back, which gives the phone some extra girth and causes a bulge when stuffed into a pocket.

There’s a dedicated shutter button on the edge of the camera, a small LED flash, and a massive xenon flash. The phone will reportedly feature a 41-megapixel sensor like the Nokia 808 PureView, but the unit Vizileaks got its hands on has a “XX Megapixel” etched onto the camera, suggesting that Nokia has been testing different sensors of different resolutions. 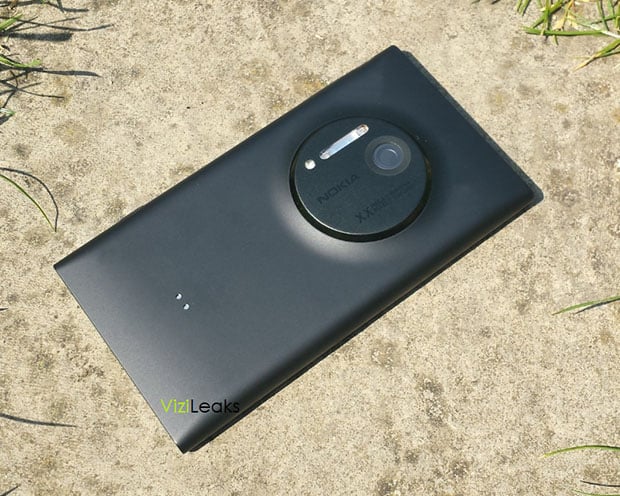 According to The Verge, the Nokia “EOS” will be an AT&T phone that also boasts an OLED display, a polycarbonate body, 32 gigs of onboard storage, Windows Phone as its OS, and a special app designed specifically for the phone’s camera.

(via Vizileaks via The Verge)