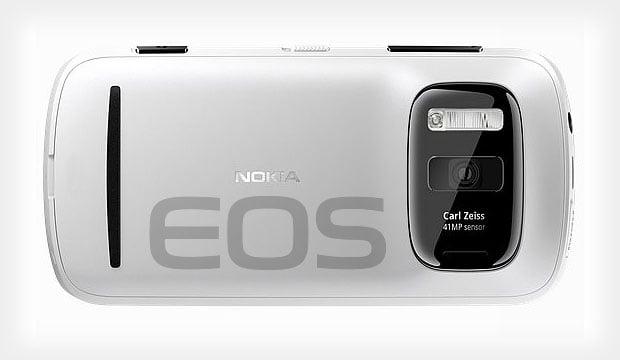 Hey Canon: get ready to have your toes stepped on. Nokia is reportedly prepping two new flagship smartphones for launch, and the two devices are rumored to have ‘EOS’ branding and a huge focus on high-quality photography.

According to sources of My Nokia Blog, the smartphone will indeed carry EOS branding — something we reported back in February. However, they write that there are two models floating around for testing rather than a single device.

Although the models are nearly identical specs, they differ in processor power: one is a dual-core processor and the other is a quad-core (both are said to run Snapdragon 800). The issue at the moment appears to be power consumption: if Nokia cannot squeeze enough battery life out of the quad-core variant, they may end up releasing the less powerful version.

Anyhow, onto the photography-related aspects of the device(s). The EOS smartphone will reportedly pack a beastly camera that’s similar to its predecessor, the 808 PureView. It would presumably use the same sensor-stacking technology used by the 808, which captures 41 megapixels but then (optionally) condenses the pixels into a higher-quality 5-megapixel photo.

Other reported specs of the EOS phone include a Xenon and LED flash unit, an AMOLED screen, optical image stabilization, an expandable microSD card slot, and a variable aperture lens.

In terms of announcement and availability, the EOS may be arriving sometime in the near future with AT&T exclusivity. After 1-3 months on the market, it will be made available to a wider customer base.

This ‘EOS’ news comes a month after another rumored emerged regarding Google packing a Nikon camera module into its upcoming Nexus 5 smartphone. Grab your popcorn, y’all — the smartphone photography wars are only just beginning!