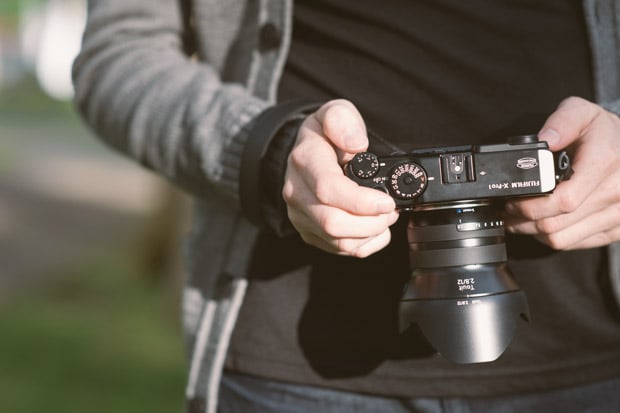 If you’re here to read about the Zeiss Touit 12mm f/2.8 for the Fujifilm X-mount, you’ve probably heard words like “great”, “amazing”, “superb”, “lovely” and “well damped” used to describe this lens. It’s wider then the Fuji 14mm and maybe, just maybe, as sharp as the Fuji 35mm. These too are all things others will say about this lens. The jury, however, is still out for this guy. 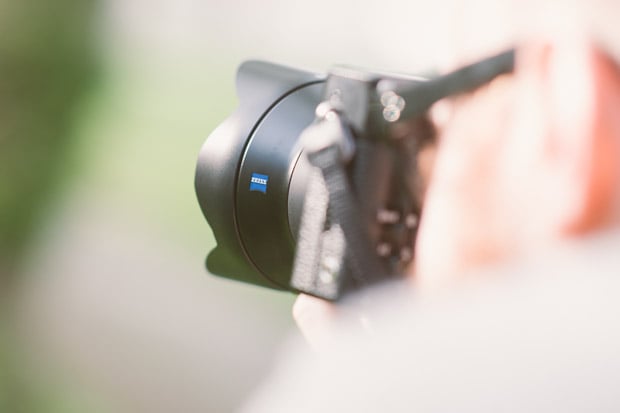 To begin, let’s talk a little about expectations. It may be painful for some to see the “Made in Japan” etched into the underside of this beautiful looking lens. Standards are standards and one would think that Zeiss would not let the foreign-born Zeiss glass rank sub-par in any way.

It’s still the same old recipe for Zeiss soup — Cosina’s just stirring the pot. Sitting on their stacks of dollars, you won’t hear Zeiss shouting, “It’s not made in Germany, so let’s phone this one in boys! HUZZAH!” 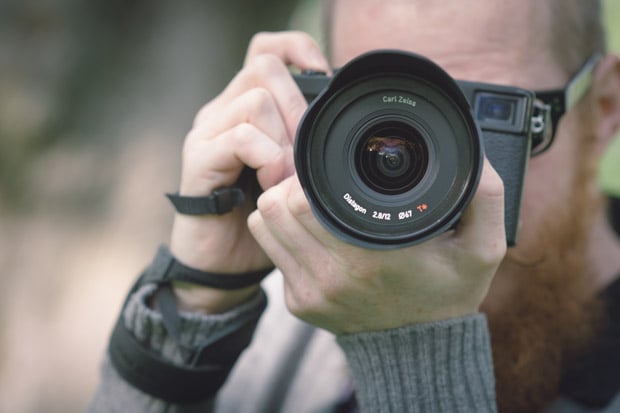 The simple fact of the matter is that labor costs in Japan are less than those of Germany. As we saw last week, the Touit lenses are still hand built. And as Eric pointed out in his post, “the lenses are subject to excruciating individual testing, which includes sixty steps of quality control.”

SIXTY! Expected for your grandfather’s pocket watch, but a crop-sensor digital lens? That’s like making a peanut butter sandwich and then asking five chefs if you’ve made it correctly. While it’s impressive and bordering on pedantic to say the least, that’s Zeiss for you. The old saying goes, you get what you pay for. And heck if you don’t pay for it.

Which leads me to the rub. This lens is not cheap. At $1,250 it’s the most expensive lens available for the Fuji X-Mount. The nearest choice: their own 14mm f/2.8 at nine bills. Had the Touit been made in Germany, the price would surely be $1,950. 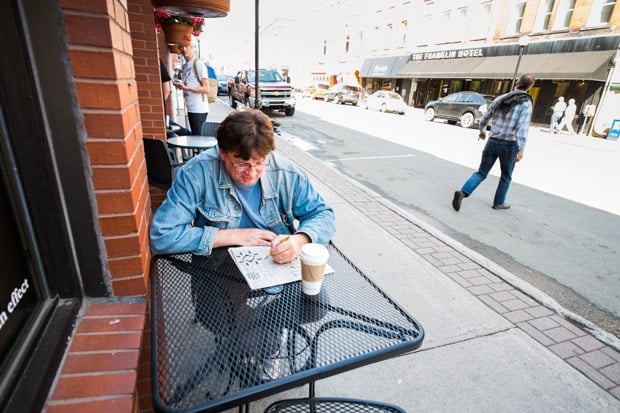 The manual focus and aperture control rings are smooth and may even put some people off completely. Visually, the rings look divine, but they’re not the knurled rubber bands most are used to. In use, you forget the visual differences immediately.

Yes, this is an autofocus lens, but a Zeiss wouldn’t be a Zeiss if the manual focusing wasn’t just perfect. Still, not including a distance scale is a little off putting, but it’s not the end of the world in a mirrorless setup.

The lack of a depth of field scale is though. Given that the Fuji 14mm has one, it surely couldn’t of been so hard for Zeiss to stamp one on the lens. 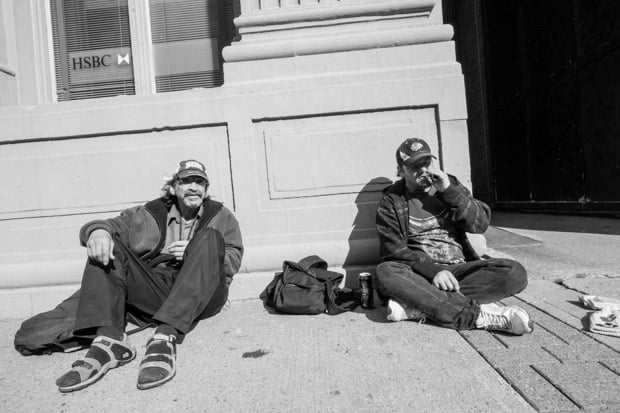 And when it comes to street, frankly, this lens at this price point scares me a little. If I drop my Zeiss glass on a sidewalk, I expect the sidewalk to lose. It’s disappointing to say this, but the 12mm f/2.8 feels brittle and doesn’t have the solid concrete-cracking ability one has come to expect with Zeiss glass. 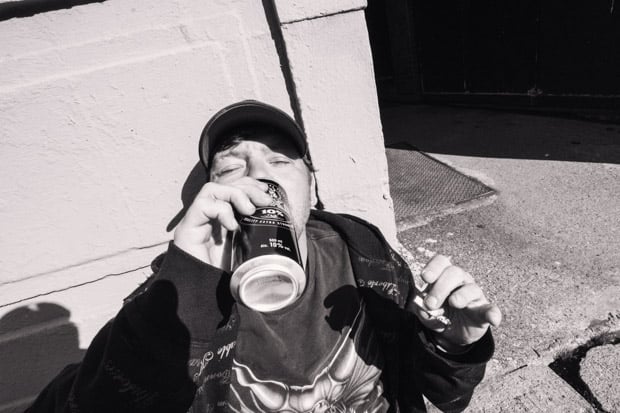 And so while the manual focus ring is perfect, what isn’t perfect — at least on the Fuji version I tested — is the aperture control ring. Was this an afterthought on the part of Zeiss? I don’t know, but it’s nearly impossible to keep the aperture set on any f-stop.

It moves so freely, and without any locking function on the lens you’re left having to check the your aperture every other second. I routinely shifted the aperture two to three stops just raising my left hand up to support the camera while taking a picture.

No one should have to put gaffer tape on a $1,250 Zeiss lens. Furthermore, if expectation is that it will loosen up a tad over time, then it’s going to be like a bicycle wheel after several years of use. Round and round.

The rubber grips definitely exacerbate the issue and it became a general nuisance in making pictures. To clarify, this issue is only prevalent on the Fuji version; the Sony one has no aperture control ring on the lens barrel. 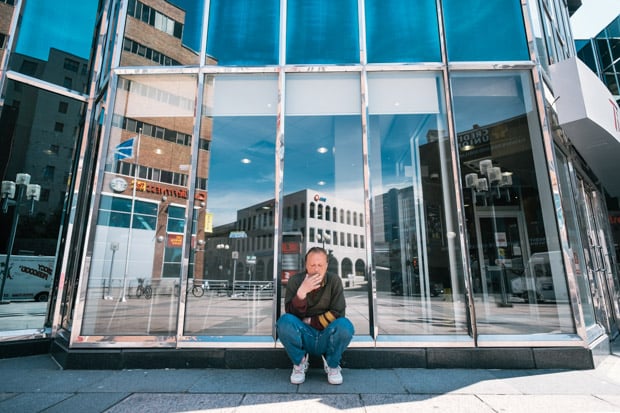 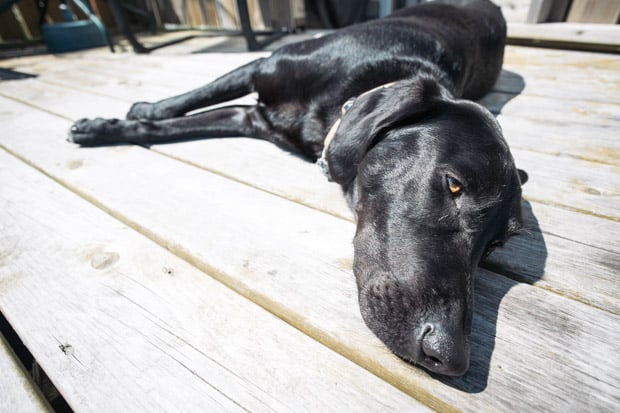 Keeping in mind I’m not a pixel peeping lens chart junkie, I’d say that optically (in proper usage), the lens was fair to great.

Wide open, it isn’t insanely sharp, but it’s darn near close. I was left wanting at f/2.8 and had to step down to f/3.2 to begin seeing truly tack-sharp images. Not a huge fall, I know, but you expect a Zeiss to be a fillet knife wide open. Despite not controlling flare so well as to get rid of it completely or bad enough where it becomes artsy-fartsy when put to use, it lacks almost any perceivable barrel distortion.

The light falloff in the corners is minimal and unless you’re that one guy who makes his living photographing white walls, it’s not noticeable in regular usage.

With adapters galore for the Sony/Fuji mounts, it’s easy to find a lot of manual focus glass for either. We’re talking about a 12mm (18 if we convert to 35mm), and at that range, pretty darn well everything is going to be in focus, especially if you’re going to use this for those massive drama-filled landscape pictures.

On an ultra wide, manual focus isn’t quite as difficult to pin down like it would be on a 50mm or 85mm f/1.4 — you can almost set it at f/8 and forget it. That is, if it will stay at f/8 long enough for you to take a picture. 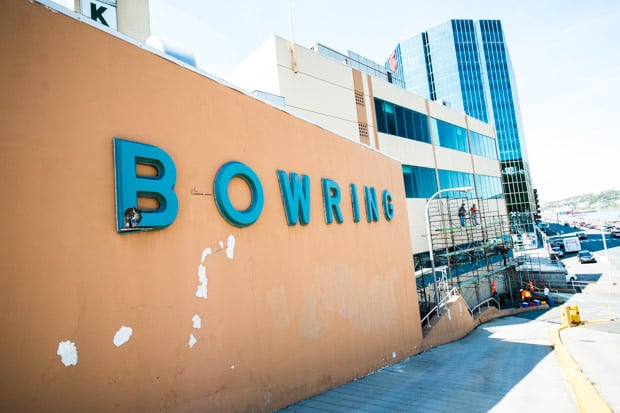 We frugal photographers will likely ponder any manual-focus ultra-wide we can get our grubby mitts on. Moreover, the Sony has focus peaking and Fuji is continuing to upgrade their manual focus trickery as we speak, so the use of an older manual focus lenses gets easier with these faux rangefinders.

Autofocus isn’t a necessity when shooting static subjects like waterfalls, canyons, and crayons. It’s nice to have and can definitely expedite the process, but it isn’t a required function to keep those mountains in focus.” 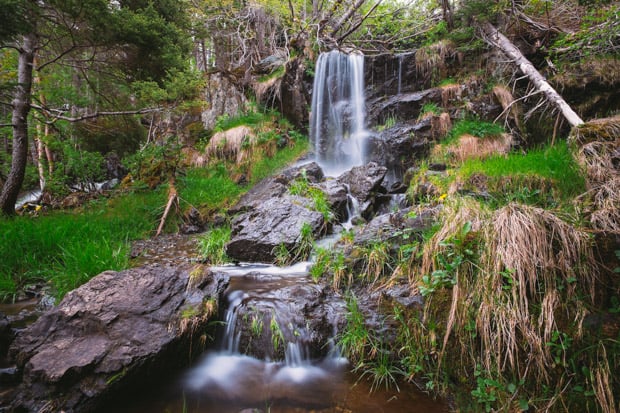 As with most prosumer lenses, the 12mm is not weather-sealed, but mounting it up to the Fuji or Sony, it’s not something to be upset over. Neither of those companies are making any bold statements about the rain-stopping abilities of the NEX or X series bodies.

Personally, looking at the body of the lens, I can see gaps between the focus ring and the plastic barrel that are just asking to be filled with water. 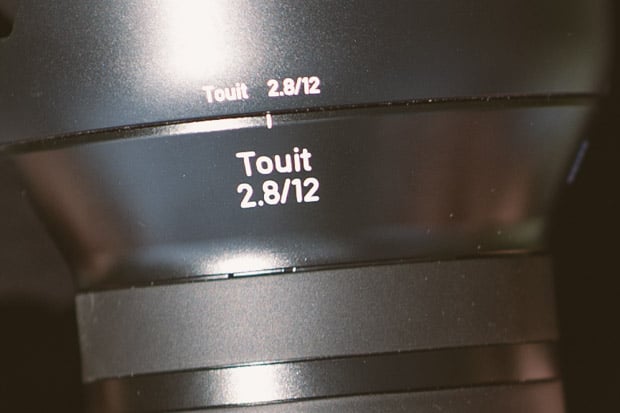 If you’re like me, you’re still wondering what the kebab the name Touit is all about. Well, it’s for a genus of parrot in the Psittacidae family. Zeiss is branding the new family of lenses around the idea that birds have great vision and agility. Yeah, sure. No doubt Zeiss was throwing darts at the dictionary on that one. FYI, Touit is pronounced like “Do It”. 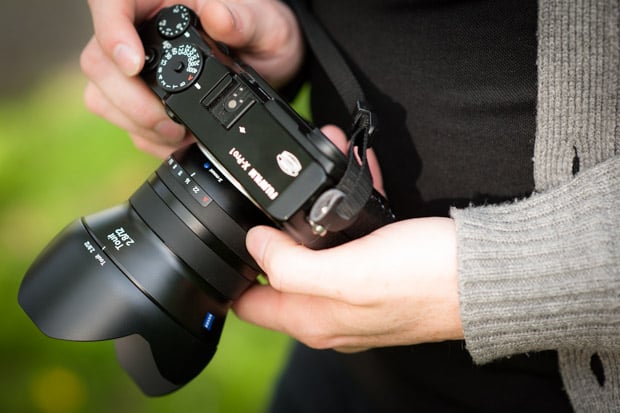 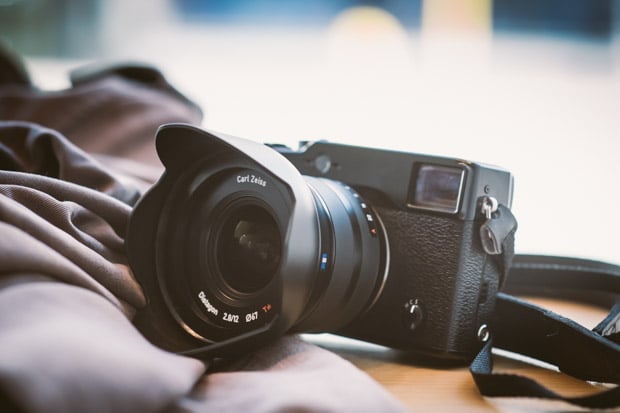 I’d love to say the Zeiss Touit 12mm f/2.8 should be purchased for your Fuji without question, but I can’t. As the pronunciation of the lens family implies, Zeiss would like you to just run out and do it today. I wouldn’t.

I’d put the Fuji 14mm f/2.8 ahead of this particular lens. It’s less expensive and doesn’t have an aperture control ring that spins whenever the wind changes direction. On top of that, the Fuji 14mm sports a very useful depth of field scale and, despite being lighter, actually feels denser and less toy-like then the Zeiss.

Out of the box I really, really wanted to love this lens. I love ultra wides, putting the 12mm right up my alley. Maybe if the price was $900 to $1,000, I could see past the minor flaws.

But at $1,250, with the issues it has — most annoyingly is the aperture control ring — I can’t see to it to plunk down that much cash. For the Sony, where the aperture ring is a non-issue, I suspect it’s the same game: not sharp wide open, feels toy like and is a little too pricey for most when many other options are available.

At this point for the Zeiss, I’m paying an extra few hundred bucks for a lens with blue logo, no depth of field scale and a wonky aperture ring.