Many photographers get nervous when the talk turns to street photography. There are step-by-step plans laid out for those who want to get over their fear of street photography, and entire articles dedicated to using telephoto lenses when taking candid street shots so you’re less likely to invade someone’s personal space even as you’re photographing it.

But on the other side of this spectrum are photographers like Bruce Gilden and Eric Kim, who make no apologies about getting in their subjects’ faces and practicing what might be called “invasive street photography.” And if you’ve ever wondered where this cringe-worthy technique was invented, you need look no further than the above video of photographer Mark Cohen. 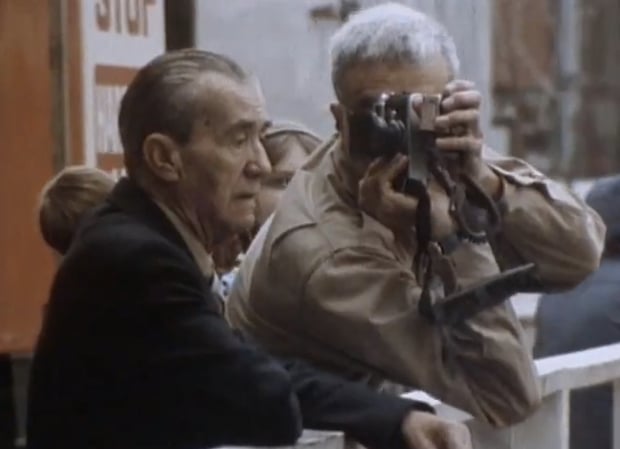 Cohen is credited by many with innovating the method of street photography practiced by Gilden and his students that involves holding a camera in one hand and a flash in another. They get right inside the personal space of anyone and everyone they find interesting and photograph them from far inside their “bubble.”

The tactic is controversial, and has even been called “bullying” by other great names in street photography. Wherever you stand on the topic of invasive street photography, however, it’s interesting to see its genesis. In today’s day and age, where photography is much more prevalent and privacy is taken extremely seriously, do you think Cohen could have gotten away with some of the photos he takes in the above video? Let us know what you think.

5 Unique Ways to Use Your GoPro

I Don’t Use Lighting Equipment Because I Care About You