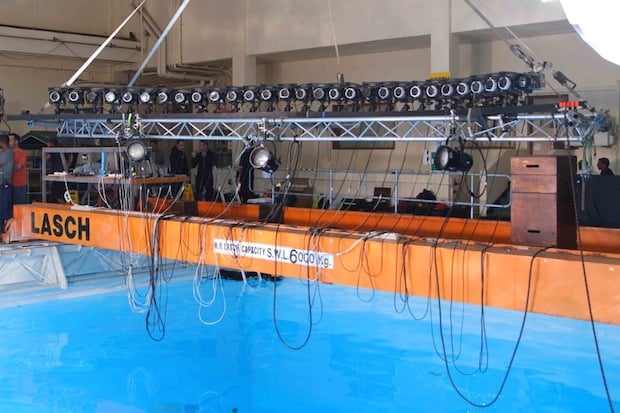 Led by Director Augusto Fraga and helped by time slice technician Jono O’Connel and Frog Squad photographer Jason Martin, they put together an underwater bullet time rig that consisted of 28 Canon T3i’s and a Phantom for slow motion video footage.

All of these cameras were kept safe using DiCAPac underwater housings as they captured NCIS actress Daniella Ruah performing an underwater dance routine in a specialized diving tank at the Simonstown naval base.

Here’s how the ad turned out:

To see more underwater work done by Frog Squad, head over to the company’s website by clicking here.